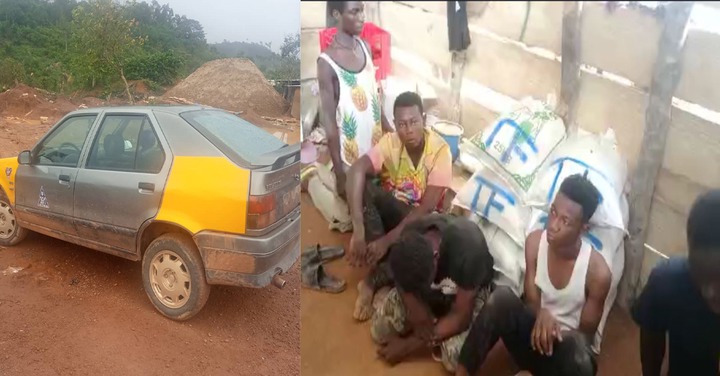 Six youngsters between the ages of fifteen and seventeen have been grabbed as an attempt to sell a stolen vehicle failed. The teenagers moved to Adum Banso in the Mpohor district of the Western Region to sell the car. They drove the Renault vehicle to the community and started looking for buyers.

They saw a man and started negotiating with him to buy the vehicle for an amount of six thousand Ghana cedis. The buyer on the other hand opted to pay an amount of four thousand Ghana cedis. After a second thought, the buyer realized the boys were too young to be owners of a vehicle because none of them is employed. He interrogated them and realized they had stolen the vehicle. 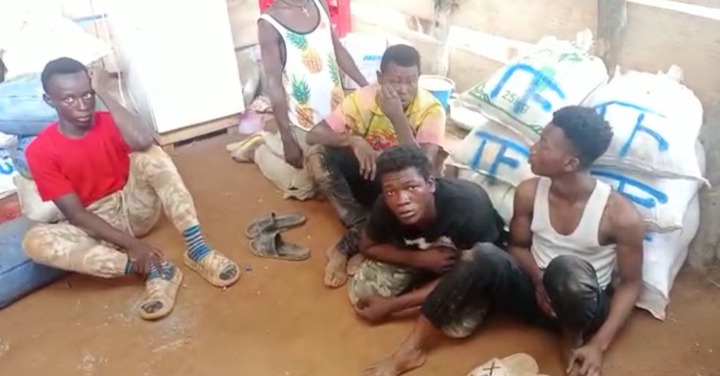 The teens who are all indigenes of Efiakuma in the Efia Kwesiminstim Municipality of the Western Region confessed and indicated that they stole the vehicle from a fitting shop in Takoradi and wanted to sell it to quench their hardships. The buyer invited other community members to the scene and arrested the six teenagers to be handed over to the police.

Assembly member for the area, Yaw Bernard Owusu who confirmed the news indicates that the young boys have been confined at a safe place awaiting police presence since there is no police station in the community. According to him, nobody in the community was allowed to touch the boys. 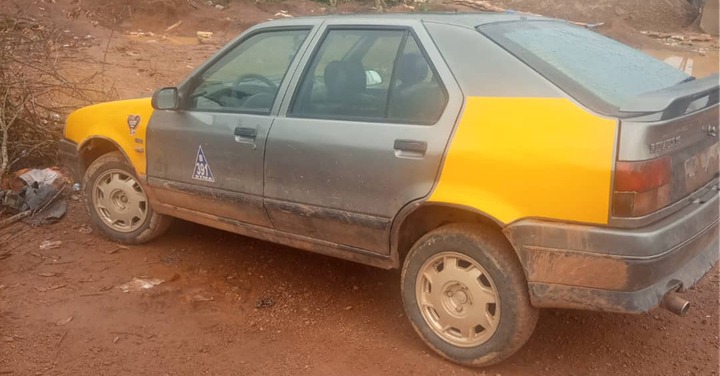 One of them confessed to being a student of the Takoradi Technical Institute whilst another indicated that he was a mechanic apprentice at Apowa in the same municipality. From Takoradi to where they drove the vehicle is quite a far journey and it is unknown what motivated them to travel such a distance to sell a car. Looking at their ages, they might still be living with their parents and it beats imagination on what they wanted the money for.

Such are attitudes that can easily lead to young people becoming criminals, because of the desire to make quick money. If these teenagers had not been arrested, they would have returned with a changed lifestyle and nobody would have known the source of their riches. Once the money finishes, they will begin looking for another avenue to make money and that will lead them into something bad. Parents must take good care of their children to avoid the adaptation of regrettable lifestyles.

Mr Eazi Shares New Photos From Miami In The United States Of America: See Photos For Yourself

Must Watch Photos Of A Model Caused Massive Traffic Online

Always leave your light on while sleeping? Here are 4 things that can happen to you