George Akuffo Dampare questioned his officers about bribery and other negative situations that have tainted the service's reputation. The IGP angrily told police personnel at Suame district Police Station that it is past time for them to stop accepting money from public before doing great work for them. Dampare made these remarks after asking his officers at the police station to tell him about some of the items with which the public is dissatisfied.

The IGP advised them not to be intimidated by him because he had come to see them in peace and wanted to talk about solutions with them. This provided the police the confidence to discuss some of the unpleasant aspects of their service about which the public had complained. Civilians don't appreciate the way some officers receive bribes from them, one officer brazenly told his supervisor. When this cop mentioned this, another officer shook his head no, but Dampare observed this and challenged him right once, asking if what his colleague was saying was real.

When he was unable to respond, the IGP addressed the rest of the policemen in the room, instructing them to pick up a stone and throw it at him if they had never received unlawful money from a citizen before. No one in the room, however, was capable of doing so.

He urged them that they should all do their utmost to improve the service's image because a lot of people had lost faith in the service as a result of some officers' bad behavior. He explained to them that because of the negative connotations attached to them, when they do something good, people don't notice since the negative image always overshadows their good efforts. Dampare also instructed his police that anyone who accepts a bribe should stop doing so immediately, as they are putting mechanisms in place to detect officers who engage in such undesirable behavior. 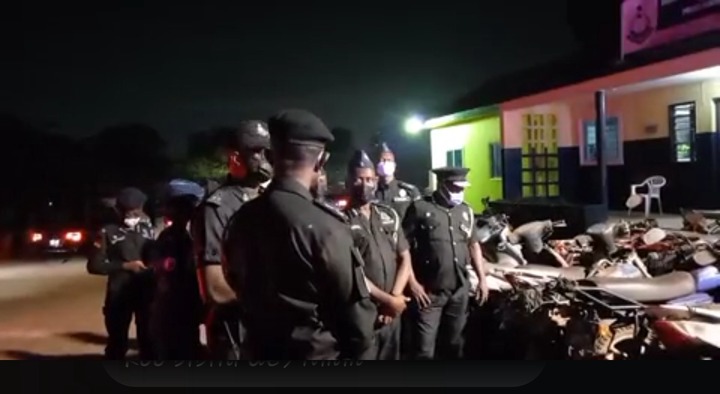 He also instructed them to use the lives of their other coworkers who had been ejected from the organization in some way as a lesson. He informed them that they could all testify that some of the unfortunate officers who are ejected from the police force had a tough existence outside of the force, and that they should all try their best stay in the service.

He informed them that they are all paid monthly for their public service and that they should be satisfied with that. He also encouraged them to do their jobs properly and professionally. And they should all make certain that they do excellent things to improve the service's image so that the public and the next generation of service members can be proud of them.