A trigger happy soldier is alleged to have killed an innocent man who sells watermelon in the Zamfara-Sokoto bypass Road, Gusau, Nigeria. 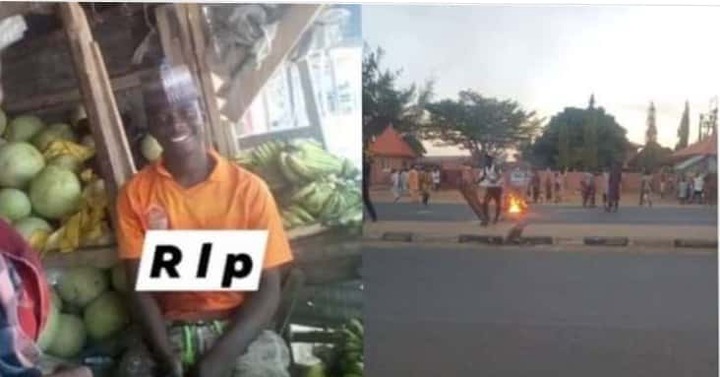 According to Daily Post news, an eyewitness account says the soldier who was drunk had went to the deceased shop to buy watermelon but however refused paying him.

That led to an argument between both men as the soldier then rushed to a nearby hotel where his colleagues where, collected his rifle and asked his colleagues to follow him to the scene as he started shooting sporadically and eventually shot the man dead.

The Soldier was almost lynched by angry residence before he ran to the hotel for safety. Tension grew as the angry mob insisted on burning down the hotel where the soldier was hiding but for the timely arrival of the police he was saved as they whisked him away.

The police spokesperson in the State, SP Shehu Mohammad have confirmed the incident as investigation is ongoing he noted and call for calm from the deceased relatives. 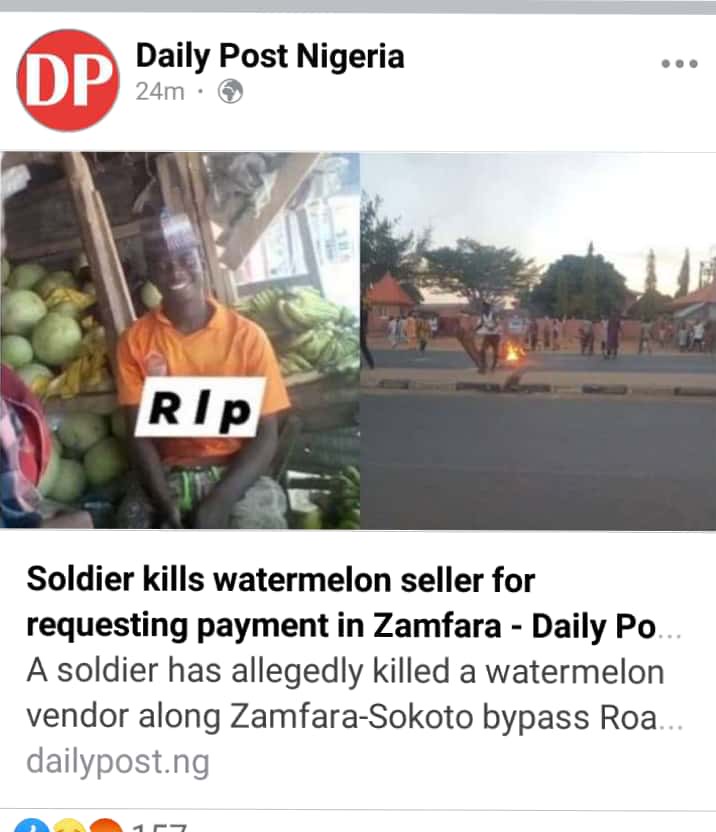