By YoungMoney (self media writer) | 12 days ago

Hi there. Good day lovely reader. Welcome back. This is not meant to speak against or advertise anything of the sort but to update you.

Many times a lot of people in this world get shocked by the new information that hits them. When you look at the things that are happening nowadays, your will come to the realization that things happen because of one thing or the other that pop up. Little by little, we have to make sure that in all things we do not put ourselves in any form of danger by doing things that will not bring profit to us in any way.

Wonderous things are always bound to happen in this world that we find ourselves in. It is in view of this that a lot of people say that the world is an unpredictable one filled with unpredictable beings.

A man of God in Kenya has murdered his wife and committed suicide after he realized that he was HIV positive. In the early days of the month, he was reported to have had a serious argument with his wife. Rumors spreading were that his wife was indulging in adultery. He then stabbed her several times to death. 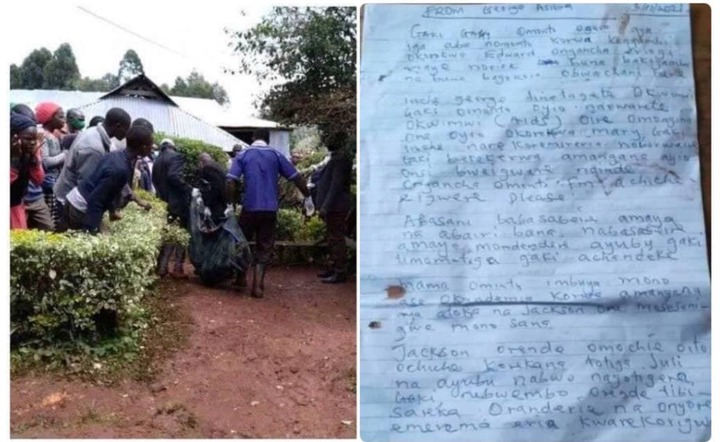 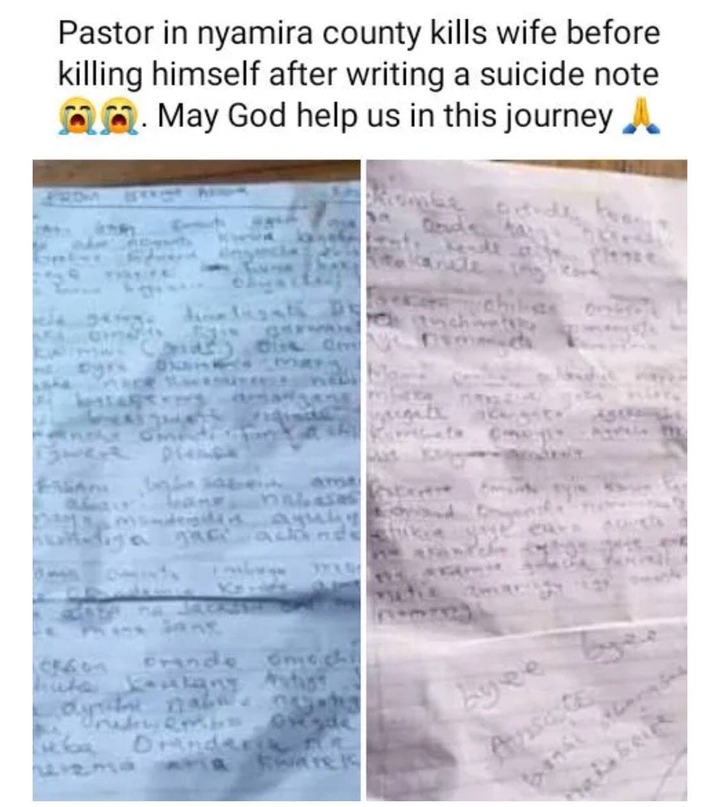 A local mentioned to a team of reporters that he had stabbed her after the argument due to the rumors that he heard. He had heard that she was having an affair with a politician. Some few days after that, he wrote down a suicide note stating that his wife had infected him with HIV. After that, he took his own life by hanging himself. His body was found later and that of his wife too. They were conveyed to the morgue around.

What is your take on this ?