Following Police investigations and interrogations into Mankessim murdered case has led to the arrest of another suspect.

Report gathered so far indicates that, the suspect who's popularly known as Kobbie in the area is the husband of Akyere, Nana Clarke's niece.

Investigation into the murdered case gathered indicates also that, Kobbie was hired to dig the hole in which Goergina Asor Botchwey, an aspiring nurse trainee was buried in at Nana Clarke's house at Mankessim.

Kobbie was apprehended in Akwakrom, a community in the Ekumfi Distict of the Central Region in search of Nana's Clarke's niece husband following the intelligence the police gathered in connection to the murder and the barbaric burial of the aforementioned deceased in Mankessim.

An update after police investigation revealed that, allegedly, another dead body has been exhumed today in Nana Tufuhene the Clark's house after Police Intelligence into the murdered of Georgina Asor Botchwey at Mankessim. And also, the accused persons have allegedly killed and buried four persons in separate places. 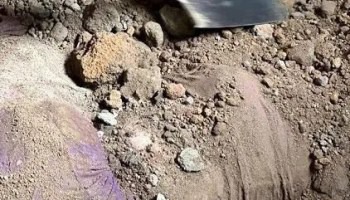 Meanwhile, the accused persons, Michael Ekow Clark Quansah (Nana Clark) and Pastor Michael Darko Amponsah (Sofo Kofi) carried out the barbaric murder and its consequent burial of Georgina Botchway were put before the Cape Coast District Court 2 which was presided over by Her Lorship Bernice Mensima Ackon September 22, 2022.

The two, however, were charged with conspiracy to commit crime to wit murder and murder, contrary to the section 46 of the Criminal and Other Offences Act 1980, Act 29, where the prosecutor to the case, DSP Daniel Gadzo pleaded with the court to give them some time to conclude their investigations hence the case's adjournment to 4 October 4, 2022.