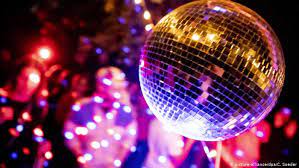 Sandra was having a problem with the air conditioner in her, she needed help and only the male can assist her, she went to the gate post, she met Roy and Peter sited on a plastic chair discussing.

” hey did any of you know how to fix an AC?? ” Sandra asked the both of them as she approached them..

” what about you, what’s that your name again ” she asked referring to Roy ..

” Roy !, maybe I can help.”Roy replied and stood up from his sit. They both walk to Sandra’s room, while she showed him the AC which seems faulty, Roy went there and fixed it, it was a minor thing which any male could do…

” so quick! “she exclaimed in surprise

She went to where the AC is and put her hands to feel the breeze rather cold which was emanating out..

” you seem very young and intelligent ” she told him while Roy smiled ..

” it’s not that, I have been watching you, I noticed you are always calm and reserve, are you graduate “she asked while Roy shrugged…

” nope, I am not" he replied dejectedly, and was about leaving, she held his hands.

” thanks ” she breathed inaudible and let go of his hands..

She watched as Roy disappeared to the gate post..

She was busy starring at him before her mother walked up the her..

” who are you starring at like that,” her mum asked jolted her..

” I hope it’s not the security guard because I noticed the way you look at him “her mum asked while she shrugged..

” mum I am not starring at anybody. ” she replied vehemently and left her mum

Sandra was in her room deep in thought, she kind of admired Roy, the way he carried himself. “what a gentle man” she murmured inwardly, she knew she shouldn’t be thinking of Roy but she finds herself doing so.

She suddenly heard the horn of a car, she quickly peeps at the window to her surprise it was her dad, she dashed out at once. she liked her dad more than her mum, She ran to meet him and gave him a welcoming hug…

” welcome dad “she greeted her dad amicably. They all walked to the sitting room while her mum and the maid prepared dinner, they sat down in the dining eating before her dad decided to break the silence…

” so when are you fixing the date of your wedding,” Mr. Johnson asked as he gulped a glass cup of water starring at Sandra in the process.

” Dad please don’t bring the topic” Sandra replied politely not wanting to duel on the issue.

” And why was that ” her dad asked curiously putting all his attention on his daughter.

” she said will not marry lex ” her mum chipped in while Sandra gave her a deadly look.

” Why don’t you want to marry lex, he is a nice man from a good family, lex is every woman’s dream and he loved you,” her father said while Sandra scoffed.

” lex is not a saint, I don’t love him and I can’t Marry him ” Sandra blunted

” Young lady you are marrying lex whether you like it or not, you are already pledged to be together, I think you should start putting the idea in your head ” her dad replied trying her best not to shout at her while Sandra shrugged, she would have left his presence but she hates disrespecting her dad…..

Nina was just coming from the market with a polythene bag in her hands, Victor who sighted her quickly followed her…

” Hey Nina “he smiled while she halted and gave him a lethal look.

” Hey Nina how have you been, I have been looking for you like forever ” he added while Nina just hissed and left him, she was walking fast while Victor followed her and held her hand…

” apskaaaaa “she gave him a resounding slap while Victor held his cheek, she stared at him in disgust and left him.

Victor quietly walked away from her and meet his fellow friends who was busy laughing at him.

” Guy you no try Ooo, see the way that babe slap you, you no tear am your own back ” one of his friend said..

” I just dey laugh you, if girl no gree, you go bone am, now she don see you finish ” another of his friend added …

” make ena no worry that babe go pay for this slap,” Victor said with an evil smile while his friends stared at him in awe……..

Nina was so furious, she decided to visit one of her friends, she was tired of staying at home, there is no Roy to keep her company.

She walked to one of her friend's houses, she knocked on her door while she quickly ushered her in, they both sat down in the parlor…

” Can you imagine that idiot is still asking me to be his girlfriend?” Nina told her friend immediately she sat down on the couch…

” Is it Victor the tout ? ” her friend asked while she nodded.

” Maybe it's because you don’t have a boyfriend, that’s why he decided to ask you to be his girlfriend, he can’t try that on me Lucky will just kill me with one hand ” Vivian boasted.

” I don’t know what’s delaying Roy to pop up the question, abi is that hard to ask a girl to be your girlfriend? ” Nina asked in a flummoxed manner.

” I don’t know about that, I think you should ask Roy out, take the charge than for you to be waiting for him to pop the question ” Vivian suggested while Nina shrugged.

“No! It’s not right it will look as if I am cheap” she murmured.

” dey there! , for 'India na women dey proposed to man', gone are the days when we do wait for them, if it’s me I don’t mind asking him to be my boyfriend, you know a handsome guy like Roy is hard in the market, so my friend I advised you take charge before another woman overpower you. you have to take the bull by the hone ” Vivian advised.

” Are you sure of what you are saying,” Nina queried?

” yes! now that he is working so many girls will want to find their way to be with him, babe shine your eye,” Vivian said shining her eyes to emphasize her point while Nina shrugged in resignation…

She concluded to herself that she was going to ask him to be his girlfriend, she knew Roy was shy,” maybe he is scared she will turn him down “she finalized to herself…

They gisted and talk for about some time before they decided to call it a day, Nina had finally made up her mind to ask Roy out, and she had planned on doing that the next day.

The next Roy was at home, it was his off day, Nina went to visit him with the intention to ask him out.

She and Roy were both sited on the bench outside his house.

“see Roy there is something I wanted to tell you ” she breathed while Roy stared at her.

” What is that?? ” Roy asked nonchalantly.

While she breathed heavily and stared at him.

” I don’t know how to say it, I have been waiting for you to say it but I guess you were shy, Roy I love you and I will want us to start a relationship together ” she finally drops the bombshell while Roy stared at her in astonishment he wasn’t expecting much from her, he had always taken her as a sister and a best friend, he didn’t want to hurt her, telling her no might halted the friendship they had, and he was not ready to lose her, he knew he liked Nina but as a sister and as a friend, he doesn’t have feelings for her, Nina was starring at him anticipating him to concede to her request.

While Roy stared at her all he could see was great love, he had never fallen in love before, he doesn’t know how it feels, ” does he love her”? He questioned himself inwardly. 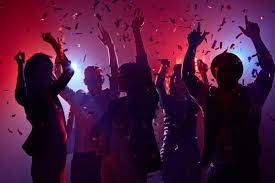 Is it right for a lady to ask a guy out?

What are the benefits and consequences?