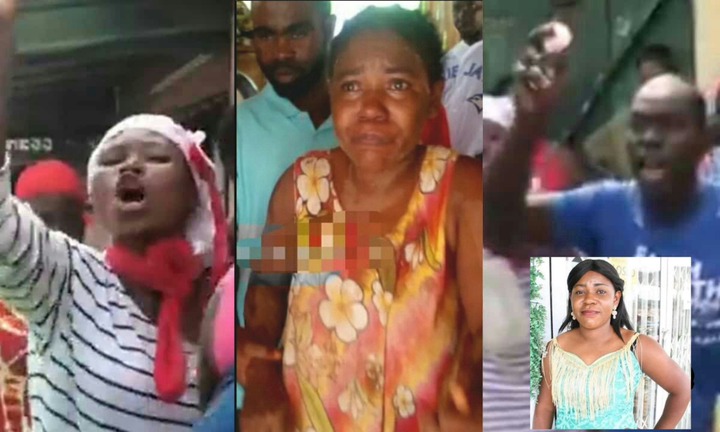 The family of the the said pregnant woman Josephine Panyin Mensah have invoked curses on the Regional minister and the police for coming out with what they consider as false news.

Per their statements, the alleged pregnant woman was heavily pregnant at that time before her disappearance for about two weeks.

She was found on Tuesday 21st September at a garden of the Jehovah Witnesses church at Tolanu (a suburb of Axim in the Western Region) but without her pregnancy.

The family of Josephine are yet to come to terms with police investigations suggesting that she was never pregnant, as her family had claimed she was.

This has been challenged by residents and the family including her husband Michael Simmons.

The development has left the family and persons close to Josephine (the alleged pregnant woman) outraged by what the authorities are saying, as the police have declared her as a suspect for faking her kidnap and pregnancy.

On Thursday 23th September, some family members and people close to Josephine invoked curses with eggs and Schnapps and said they will add more if medical records turn out to prove that Madam Josephine was with baby. 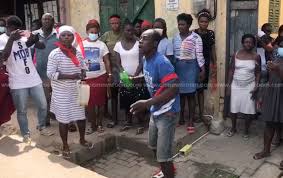 The Western Regional minister Kwabena Otchere Darko Mensah said on radio that the woman in question had no records of being pregnant.

The brouhaha has also left residents of Columbia (a suburb of Takoradi) in shock as some claim they saw the supposed victim, who is also now a suspect, with a baby bump before going missing.

The alleged pregnant woman was said to be nine months pregnant this month but medical examination by the medical doctors at the Axim Government Hospital revealed that the missing woman was never pregnant within the period under review. 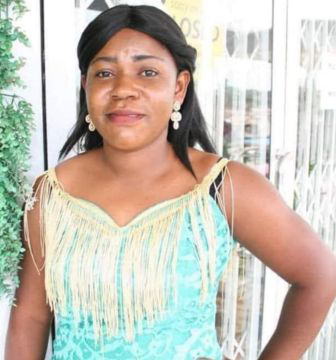 This confirmed the Western Regional Minister Hon. Darko Mensah’s earlier statement to the media after the woman was found.

In thr video circulating online showing the invocation of curses, a man who happens to be a relative to the woman seen with egg and Schnapp invoking spirits to deal with the police in charge of the case and the Regional Minister for downplaying the case.