By Cordelia90.com (self media writer) | 7 months ago 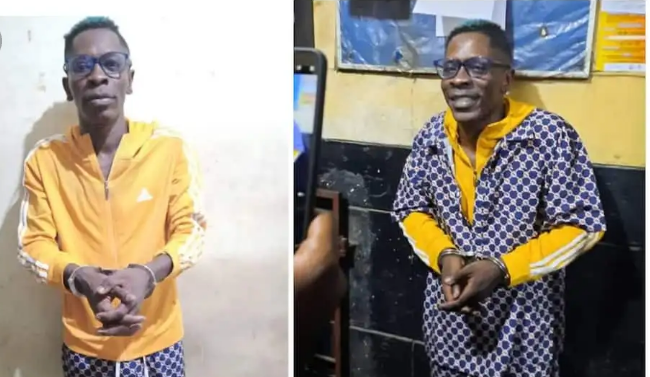 Charles Nii Armah Mensah a.ka Shatta Wale has been arrested and handcuffed by the police.

This occurred on Tuesday evening after two of Shatta Wale's friends were arrested for spreading false news.

Shatta is said to have turned himself in at the police station.

There were rumours of a gun attack on Shatta Wale on Monday which prompted the police to mount a search for him to ascertain the truth in the issue and subsequently launch a search for the perpetrators of the crime but could not find him neither in his house nor locate him in any hospital.

However unknown to the police, Shatta Wale faked the gun attack because there had been a prophecy from Prophet Stephen Akwasi Appiah "Jesus Aho)f3" that he would be attacked on that day, October 18. 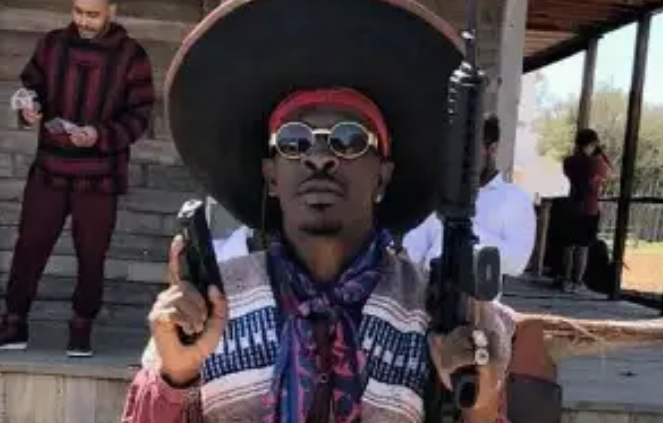 Shatta however wrote on social media that he was on the run because his life is in danger and asked for prophet, Jesus Aho)f3 to be arrested.

It later came to light that the whole issue was faked by Shatta Wale and therefore two of his friends, Kojo Owusu Koranteng ( Nana Dope) and Eric Venator (Gangee) were arrested on Tuesday evening.

The police later declared Shatta Wale and one Deportee who is said to have aided Shatta in his spread of fake news wanted for causing fear and panic in the country.

A few hours after his friends were arrested, Shatta Wale turned himself in and is therefore in police custody.