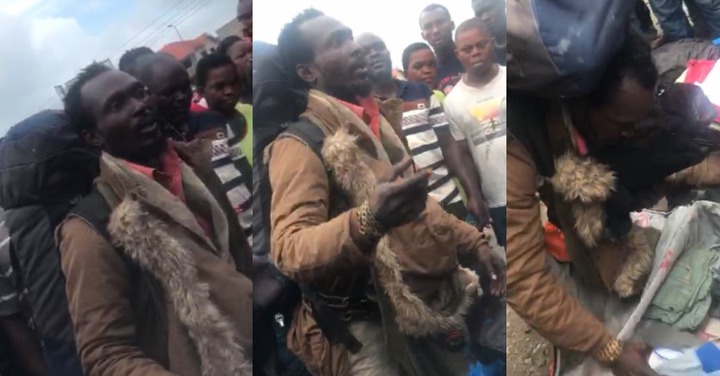 A young man is currently in trouble after passengers and drivers at the main Accra Station in Takoradi grabbed him. His conduct at the station was strange to all. He grabbed a seat in the morning and pretended as if he was waiting for a bus to travel. However, most of the buses at the station loaded passengers but the young man whose name is still unknown kept sitting without any plans of paying for a ticket.

He had two huge bags with him looking exactly like someone who wanted to travel. His appearance raised suspicion among some of the passengers who were waiting for their buses and informed the authorities of the station to probe the young man. He was questioned on his mission at the station but his answers suggested that he was waiting for a Kumasi bus. 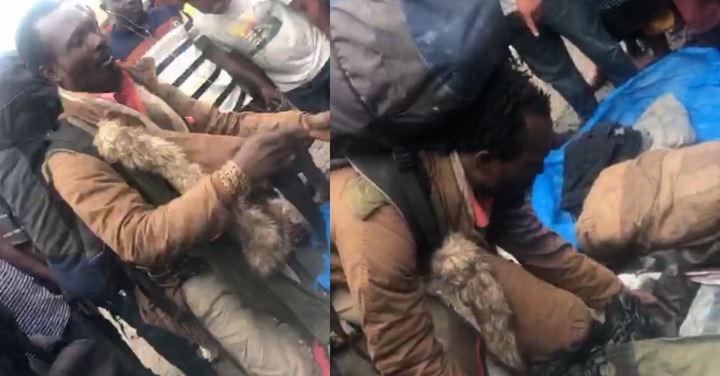 After probing further, he began shivering and that alarmed the drivers and other authorities of the station to search his bag. One of the bags was at his back whilst the other which is pink in color was lying down. He was forced to open the bag. Initially, he was feeling reluctant to oblige but after he was threatened, he opened the bag. It was full of personal belongings, but after he brought out a few clothes, two sharp machetes were found in the bag.

The angry mob forced him to continue removing the items in the bag because they suspected a gun might hiding in there. The police were invited to the scene and they took hostage of the machetes but the passengers and drivers who were at the station suspected the young man to be an armed robber who was waiting for the right time to strike. They also believe that he was waiting to join a bus and strike in the middle of the road with his other gang. 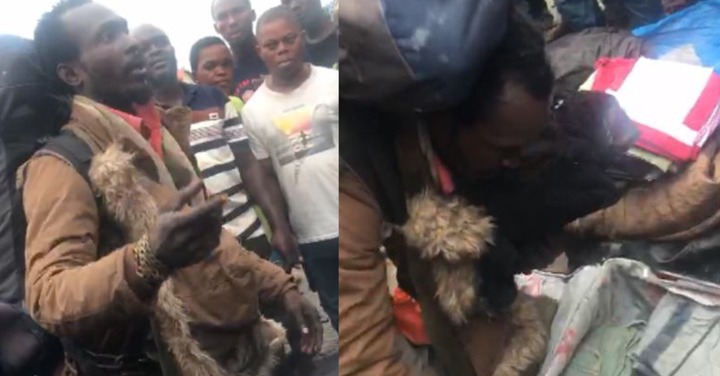