By ProsperAgbenyega (self media writer) | 8 days ago 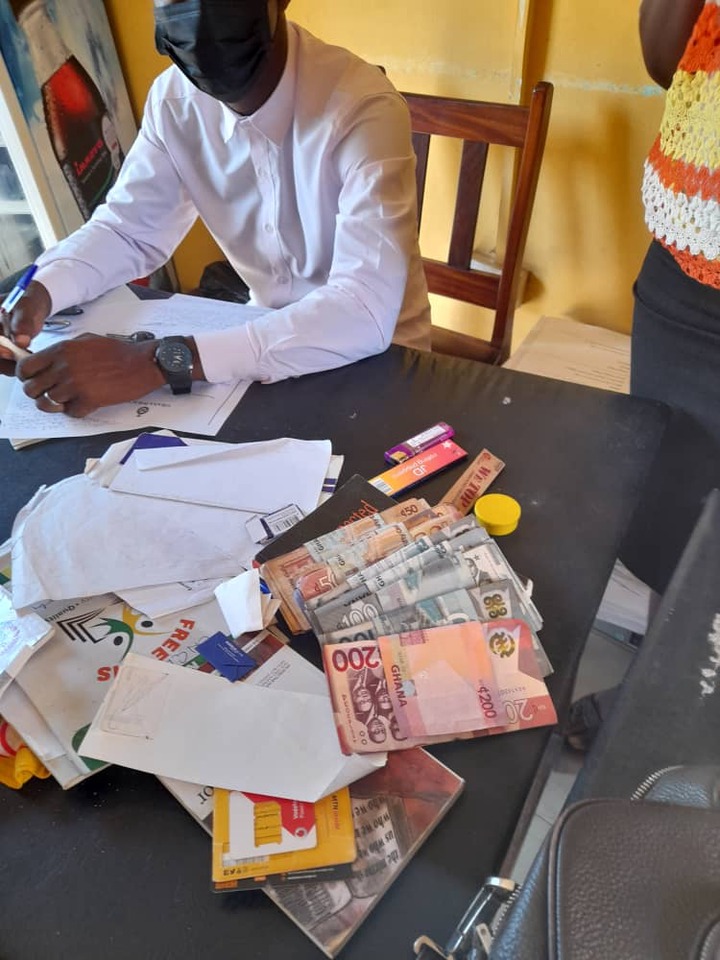 Some police personnel from the Agbozume District Police Command have allegedly stolen an amount of One Thousand Ghana Cedis (GHC1,000.00) belonging to a passenger whose hand baggage they searched during an operation.

The attention of the Inspector General of Police (IGP) has been drawn to the incident.

According to a letter written by the passenger’s lawyers; Nkrabeah and Associates, to the IGP, they indicated that on Thursday November 11, 2021, their client (Daniel Akpaloo) who is also the Vice Chairman OF THE New Patriotic Party (NPP) in Ketu South, together with two women as passengers were on board a Toyota Saloon Car travelling from Aflao to Accra when they met a police road barrier near Agbozume at about 4:30 in the morning.

The Police, numbering about four (4), according to the letter, stopped the car and in the course of their checks said they were looking for “arms and ammunitions.”

“They didn’t find any, and they turned their focus on the baggage of the three passengers especially a hand baggage of our client, Daniel Akpaloo,” the letter stated.

According to the lawyers, the Police took the hand baggage away to the other side of the road far from the car and it was then that their client remembered that he had his wife’s 9,000 Ghana Cedis in the handbag so he quickly got down and went to the Police to demand his bag.

“A small alteration developed and the Police ended up at the Agbozume Police Station where the bag was emptied and the contents included cash 8,000 Ghana Cedis. Our client protested loudly that the money was supposed to be 9,000 but the Police decided to play games with 1,000.”

According to the letter, the Agbozume Police compelled the passenger, Danoel Akpaloo to write a statement after which they left him.

His lawyers said, their client feels devastated by the incident since the Police have “messed up with his 1000 and have subjected him to indignities and he thinks he is entitled to justice.”

The lawyers prayed the IGP will use his good office to intervene and ensure that their clients gat justice.

Speaking to Daniel Akpaloo, who is also the Vice Chairman of the New Patriotic Party (NPP) in Ketu South, he confirmed the incident and revealed that he was later invited to the Agbozume Police station where the officers in charge informed him that they will charge him for court.

“They told me they will charge me for court and I asked them on what offence? They couldn’t answer so I told them to go ahead,” he said.