By BoadiGH (self media writer) | 5 months ago

The main suspect behind the murder of 39-year old Francis Dawson, who was murdered and burnt at Fiifi Pratt, a suburb of Gomoa, Nyanyano, has been arrested by the police.

The suspect, who had since relocated to Fetentaa, a suburb of Berekum in the Bono region, was picked along with two women.

Francis Dawson, 39, was picked up from his residence at dawn by some men claiming to be police officers.

His charred remains were later found at Fiifi Pratt, a suburb of Gomoa Nyanyano in the central region and identified by his wife, who said she had since trekked to all nearby police stations in search of him but to no avail.

According to the police, during interrogation, a main suspect named Michael Osei, nicknamed "Major," stated that he was tasked by one of the suspects, Rose Cobbah, to simply guide them to the victim's home. 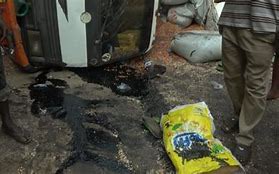 A further investigation identified Kwame Tieku Mensah Baah, 47, as the prime suspect, according to the police. As a result, he was added to the police track list.

According to ACP Oduro Amaning, the suspect, Kwame Teiko Baah, kept relocating to places in the Volta and Northern regions until he was finally apprehended at Fetentaa, a suburb of Berekum in the Bono region, along with two female suspects, Rose Essel Cobbah, 31, and Kyeremaah Bernice, 41. 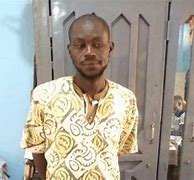 During the arrest, police collected 53 passports, 16 rolls of dried leaves presumed to be Indian hemp, 9 mobile phones, 8 sim cards, some people's legal ID cards, and other travel documents from the suspects. Other suspects who were arrested previously in connection with the murder have been remanded, according to police.

Latest Release From The Ministry Of Foreign Affairs

Prostate Cancer Is Dangerous: Five Foods Which Are Good Diet For Prostate Health You Should Know