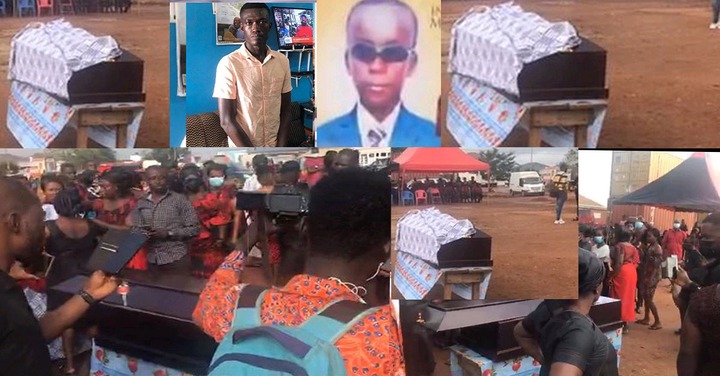 Victim to Abesim Killer who goes by the name Stephen Sarpong finally laid to rest.

The funeral was arranged and schedule to today, Saturday, October 9, 2021 as family lay him to rest. The funeral was held at Alaska junction having the body laid in state.The moment was full of sadness and sorrow as people couldn't control their emotions. People really showed much love and concern and came in their numbers to pay him their last respect and condole with family. People who made it to the funeral were in their casual wear, Red and Black which signifies funeral and mourning. The place was full of weeping and people drowned in tears. 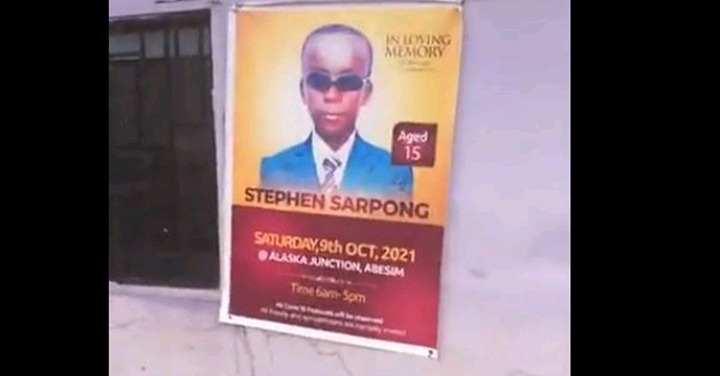 Stephen Sarpong who aged 15 years was one of the kids who were killed by the Abesim Killer who goes by name Richard Appiah. According to report, the Abesim Killer, Richard Appiah who was a suspect to the case was taken on by the police after police discovered human parts stored in his refrigerator. Stephen Sarpong who was also a victim to the Abesim killing had his body collected by the police for an autopsy to find out if the body was intact. The police after the medical step handed over the body to the family to perform all necessary rituals to lay him to rest. 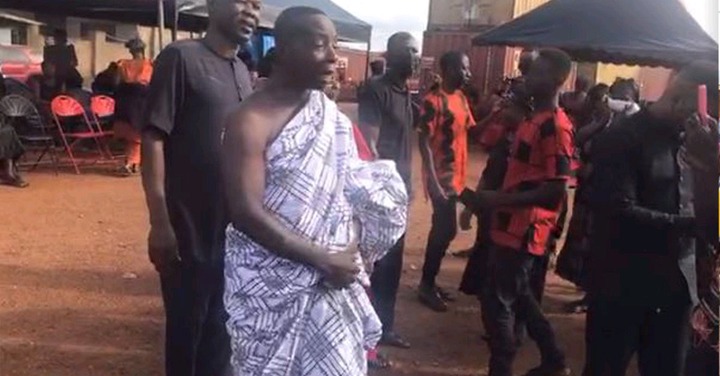 The man really loved the son and this incident has really hit him to the peak. The father couldn't believed his eyes, seeing his son lying down lifeless. The father paying his last tribute to the son revealed that, he still can't understand the sudden exit of the child, he really loved him since his early age till his death. He further revealed that, the son was so much clever and very respectful. After all what he said, he finalized everything by saying, "May Your Soul Rest In Peace". Aww such a sad moment. 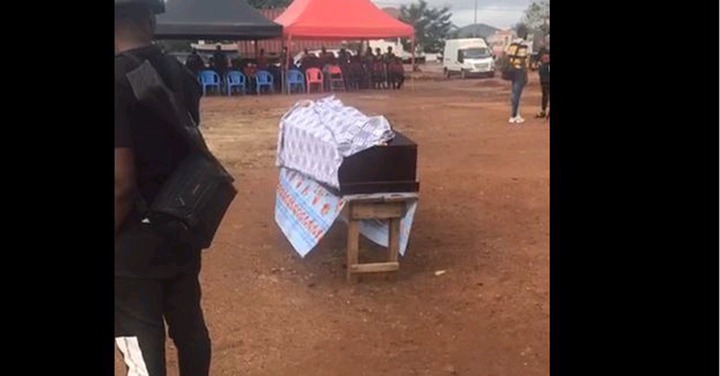 The family after all, carried the body to the cemetery to have him buried. Now the son is gone forever hmm.

MAY HIS SOUL REST IN PERFECT PEACE.

Touching on the update on the case of the Abesim killer, Richard Appiah, Judgement hasn't been passed to him yet, he is still in the hands of the police facing court trials.