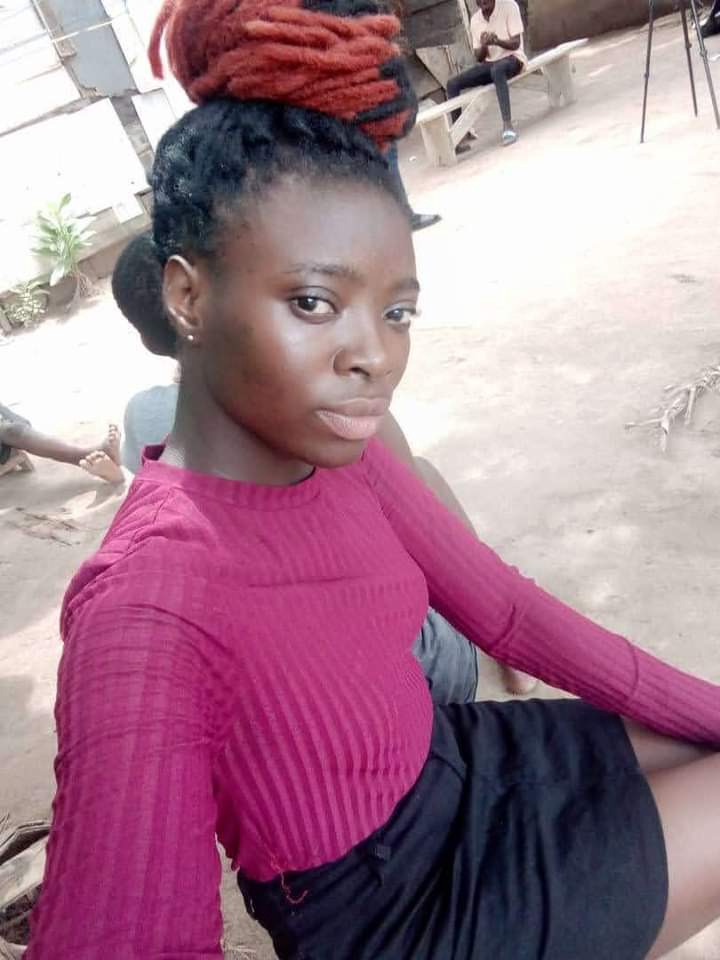 Tsegah Priscilla, 24, has been found dead after five weeks of going missing. Tsegah who was found by the Taifa Police officers was neatly dressed and laid in a black polythene bag. The sister of Tsegah Priscilla, Beatrice Tsegah, was rest assured it was a fowl play death, looking at the magnitude of wounds which was stabbed on his stomach and chest before her death. She was stabbed to death with a very sharp object which was probably not a knife but either a broken glass bottle or something round. Her body has since been deposited at the Police mortuary in Accra, waiting for autopsy and further examination of the wounds.

Tsegah Priscilla who was a graduate of Peki Senior High School in Peki, Volta region, did move to Accra when she found a friend who was willing to help her secure a Mobile Banking job. She was lucky to secure a part-time job as a model for a photographer who liked displaying purely natural images. Because of Tsegah's natural appearance, she was given so much chances to the extent of becoming a personal model to the photographer because of her humility.

She was enrolled into GH Media to study Media Arts because of her advanced knowledge in arts. It was at GH Media Tsegah met an unknown man whom the family believe, is the suspect behind Tsegah's death. Tsegah once confirmed to her sister Beatrice of the support this strange man was giving her but never did the two women ever discuss the man in question.

Tsegah was the quiet and simple type who never shared anything she didn't want to talk about, and Beatrice never bothered her to reveal more about her alleged lover when she failed to tell her. Tsegah through her family and the part-time photo studio job, was able to rent a chamber and hall apartment at Taifa which she used as her official residential place for her studies and living in Accra.

Tsegah's landlord was forced to break her apartment when the family through Beatrice, reported to the landlord of her sudden disappearance. They broke the locks to her apartment and it was discovered she hasn't been home for more than weeks. That was when they knew she had been missing. They reported the case to Taifa Police but she was found dead.

There haven't been any links to who murdered the young woman, but Beatrice believes strongly that, she was murdered by someone very close to her. Her body was all in bruises when they found her. She might have been abused physically before the murderer took her life. 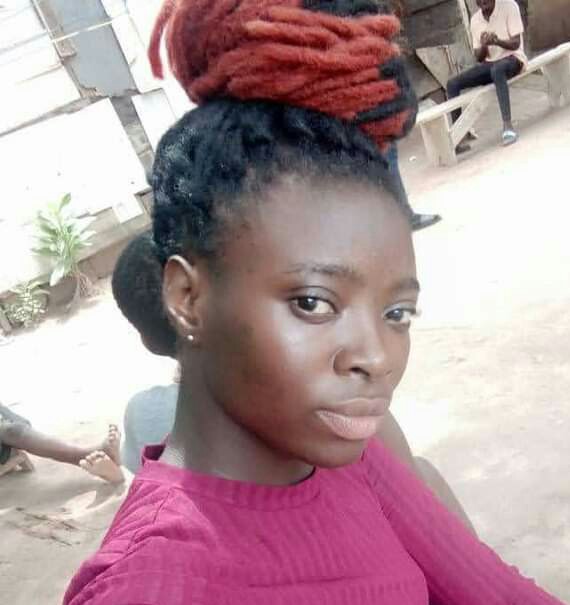 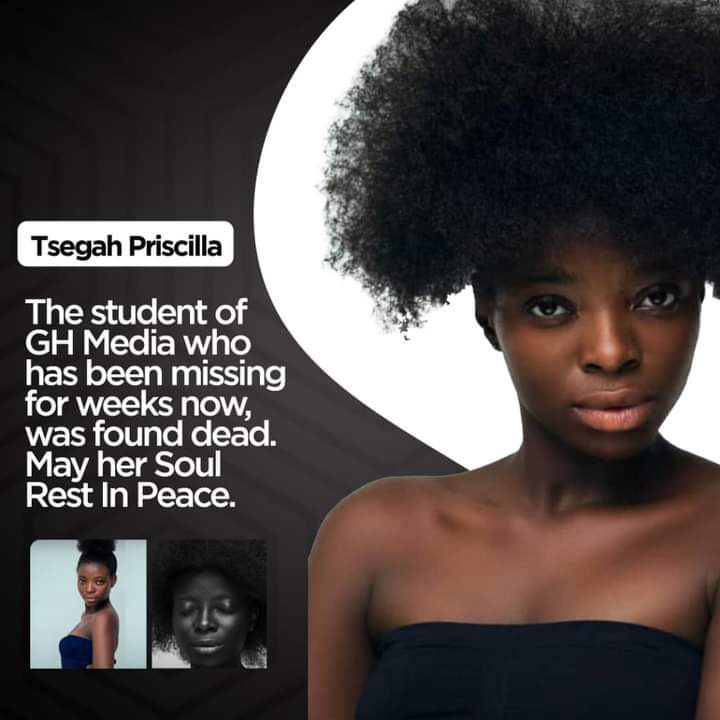 Tertiary Beauty: UCC Girls Vs Legon Girls; Which Of Them Are Beautiful And Curvy In Their Hot Photos

"Passing On A Week After Your Birthday Is Unforgetable" - Late Pentecost Pastor's Wife Cries.