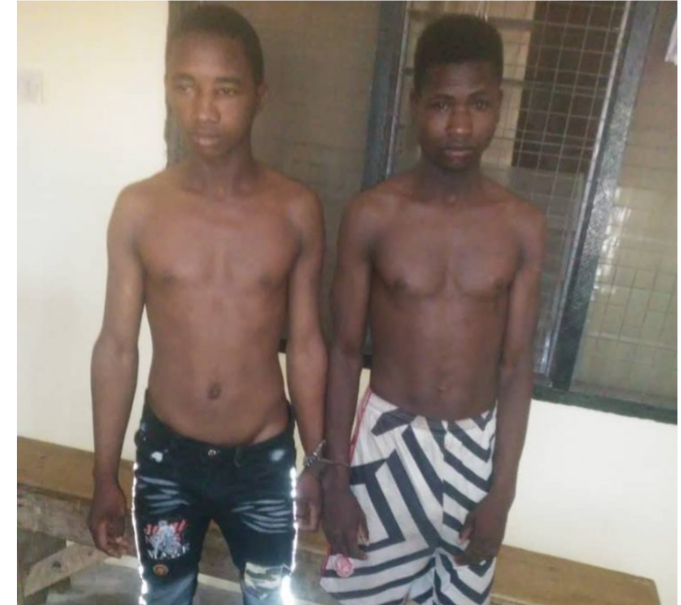 Police patrol team in Buipe in the Savannah Region have arrested two suspects believed to be members of a kidnapping syndicate operating in Region.

After suspecting them as motor snatchers, Police brought them to Buipe Police Station for interrogations as they were picked near Sawaba.

During interrogations, the two suspects confessed their involvement as kidnappers and mentioned Babuga Amadu, and Amadu Sumaila as accomplices who are on the run.

Police report further indicated that, on 31st July 2021, suspects Mohammed Aliu and Naaru Joli led Police to the outskirts of Yapei where they identified one Laagi Mohammed as a victim who was kidnapped and sent to Bush for 3 days somewhere in April 2021 and also Umaru Mohammed, the father of the victim who paid a ransome of 10,000 Ghana Cedis.

Suspects Mohammad Aliu and Narru Joli are currently in custody for investigations, whiles efforts are being made to arrest their accomplices and bring them to book.