By Ahomka.News (self meida writer) | 12 days

Another incident has happened at Assin Fosu in the Central Region of Ghana. As we thought the issue of robbery will come down soon, it is even scaling higher day in and out. Nineteen year old boy by name Emmanuel Addai popularly known as Kofi Yesu has been jailed for the murder he committed. According to the news that was monitored by Ahomka.News on Angel TV, this boy met a lady by name Irene Agyapng on the way and asked her to give him her belonging. Irene reportedly gave the things but this guy was not satisfied and cut the head and mouth of the lady with a cutlass. 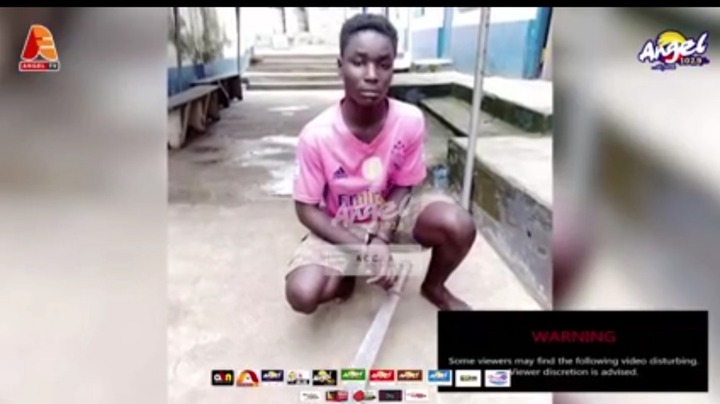 Kofi has really disfigured Irene beyond recognition. Irene has since been admitted to St. Francis Hospital at Assin Fosu for medical attention. What really baffles the mind is that, whatever he requested from the lady, she obeyed by giving everything to him so it is not clear how come he murdered her just like that for no reason. The upper teeth of Irene has been removed and she has also sustained a cutlass wound on the face and lips. 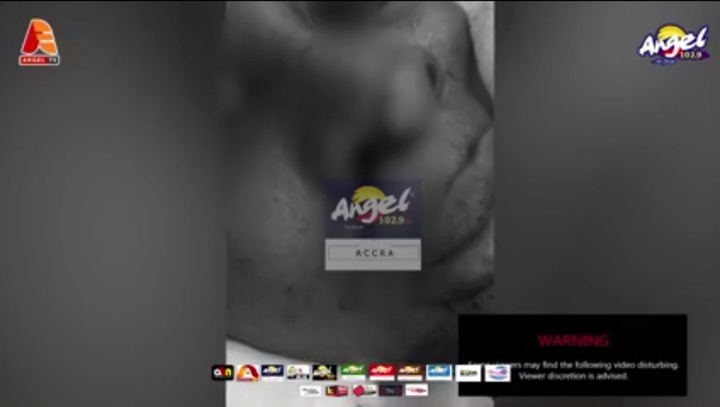 Luck eluded him and he was found in the grip of the police. After his arrest, he was arraigned before Cape Coast Circuit Court for prosecution. When the prosecuter, Chief Inspector Gilbert Adongo finished giving his charge to the judge Her honour Dorinda Arthur who sat on the case, he was sentenced to 20 years imprisonment with hard labour. After the judgement, he begun to cry and pleaded for the judge to reduce the number of years for him but nothing was done. In the photo that was sighted, he was seen with the cutlass he used to commit the crime in front of him. It is so sad for a young boy who is just 19 years to commit such crime and for all you know, that is not the only crime he has committed. 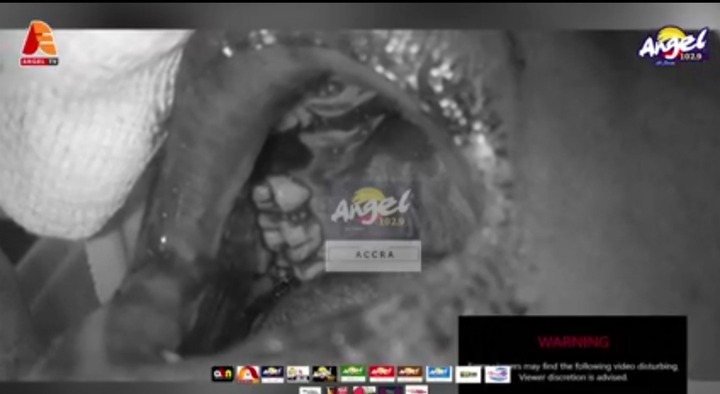