By Yeshuanews (self media writer) | 7 months ago

The Ghana police has taken their operations to the streets of Accra again, as they arrested about 230 people suspected to be sex workers and criminals.

The police action which is not the first of its kind in the city of Accra, is to ensure that the city is made free of criminals .The city of Accra has seen a recent increase in the activities of sex workers amidst criminals who parade the streets of Accra and kumasi. 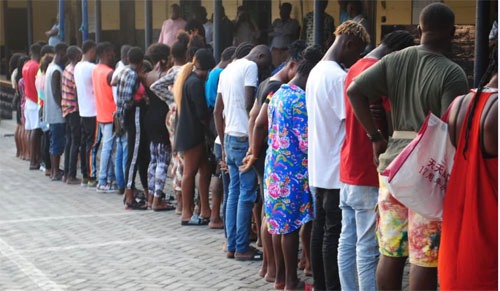 The suspected criminals and sex workers

This is the concern of the Ghana police, so in their bid to rid the Nation of the rampant increase in criminal activities, they have embarked on mass arrest of suspicious looking people whose work is mainly at night. These are in the category of harlots, drug dealers, and arm robbers .

The arrest which was predetermined by the Ghana police took place in two consecutive days . The first operation started around 11 pm on Thursday 15th , and repeated operation at 2 am on Friday16th of April 2021 ,

The Police Operations took place at the premises of the Soldier bar at the Kwame Nkrumah Circle in Accra,  and its environs. The Soldier Bar is seemly one of the popular joints where a lot of sex workers are always hawking out their bodies for men . 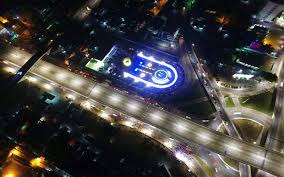 According to the police, the suspects were made up of Ghanaians and other nationals from Togo, Benin, and Nigeria.

The Director of Operations, ACP Arhin Kwesi Annor told the press after the swoop that it was carried out after they have thoroughly investigated and scrutinised the area for well over two weeks.

The police officers said in a statement that they believe the motto bikes were used for robbery operations like snatching the hand bags and mobile phones of innocent passersby. 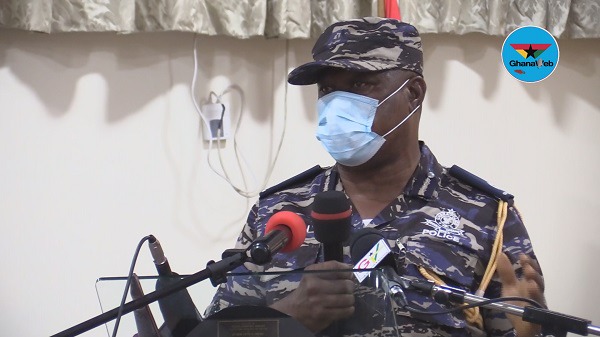 has made it clear that the operation will continue across the city and the nation at large in orde to decrease the growing rate of crime.

He added that the suspects would be screened and those found culpable will be prosecuted in court.

The Ghana police action on the sex workers and those night workers on the streets is one of the decisive operations of the law enforcement of the nation.

In reality, the youth of today has dubious means of making quick money. These have introduced criminal ways of taking money from people through robbery, fraud, and at times killing innocent people for money. 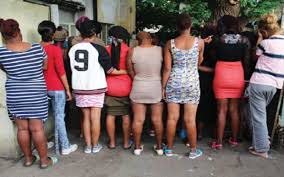 Some of these robbers party with the harlots, in a venture of robbery, where the prostitute is used as their monitor. This means that the prostitute would get a client and see if the person is well to do .

Then after a night of sex with the person, she would go and inform the robbers and give them the necessary information needed to rob their victim .

In another development, we see that the influx of some African nationals, like Nigerians, Togolese, Beninese etc.  into the country has contributed more or less to this increase in crime rate in Ghana.

Some of these foreigners in their bid to get money quick, engage in all forms of fraudulent and dubious activities to get rich .Hence , their influence over their Ghanaian counterparts have recruited so many youth into criminal indulgence.

Therefore, the clarion call is on the general public to help the police 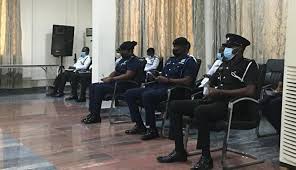 to apprehend these criminals who are a menace to the society, by providing the police with any available information to help them in their investigative operations.