By RockyJDJones (self media writer) | 5 months ago 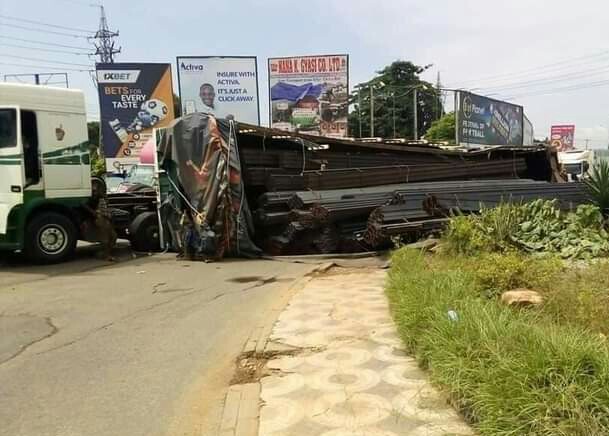 A Burkina bay tipper truck driver is nowhere to be found after crashing his tipper truck on the Airport roundabout road at Kumasi on Saturday 19 June 2021. The unknown driver who was driving the truck at the time of the accident was said to have allegedly vanished when first responders went to rescue him and his truck attendant. The truck attendant is on admission at the Komfo Anokye Teaching Hospital after collapsing on the scene, but the driver of the truck is nowhere to be found in other to assist police investigations.

Was it a deliberate or unintentional accident?

According to Yankson Peter, a shoe retailer seller who sells on the airport roundabout, the driver was sleeping. Jackson was on his way to take a shoe a customer was asking, from the warehouse when he spotted the tipper truck struggling to move on the wide road. The driver of the tipper might have not known he was sleeping until a sprinter driver horned at him four times before overtaking the truck.

Few minutes after the sprinter driver overtook the tipper, people started running from the roundabout. The truck was navigating the roundabout when it lost balance. The truck stood there for over fifteen seconds as it struggled to navigate the roundabout before tipping over. Numerous pedestrians who were using the roundabout saw the truck in unstable condition before it crashed down the road leading to Asawase, and because of that, no one was injured except the truck attendant whose head crashed into the truck's dashboard.

The unidentified truck attendant was without seatbelts which caused him to crash the truck dashboard with his head when the accident happened. Many pedestrians including Yankson attributed the crash to the mistake of the driver. He might have been sleeping and that made the truck lost balance when it was navigating the roundabout.

The driver was nowhere to be found when first responders including Yankson himself, run to the scene to save him. There was no one in the driver's seat except the truck attendant who was unconscious after hitting his head on the dashboard. The driver might have vanished at the time the truck was tipping over. The unconscious truck attendant is still at the KATH emergency centre receiving treatment. Doctors at KATH are certain he will regain his strength within a week or more, but the driver who could assist with removing the truck from the highway is nowhere to be found.

What is the Police doing?

Asawase Police service which is few metres away from the accident scene has been the ones directing traffics to make sure another accident doesn't occur. The Asawase Police is still working with the Kumasi Metropolitan Assembly to have towing truck tow the truck away but the driver of the truck continues to be missing with no traces to his location. Police are hoping the truck attendant can reveal more information when he is out of the coma. If everything goes as plan, a towing truck will be available on Tuesday 22 June to tow away the tipper truck which caused an accident on Saturday 19 June. 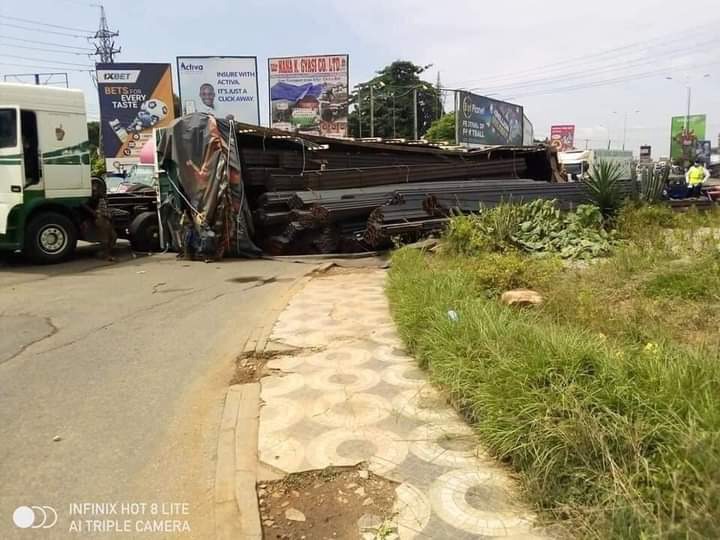 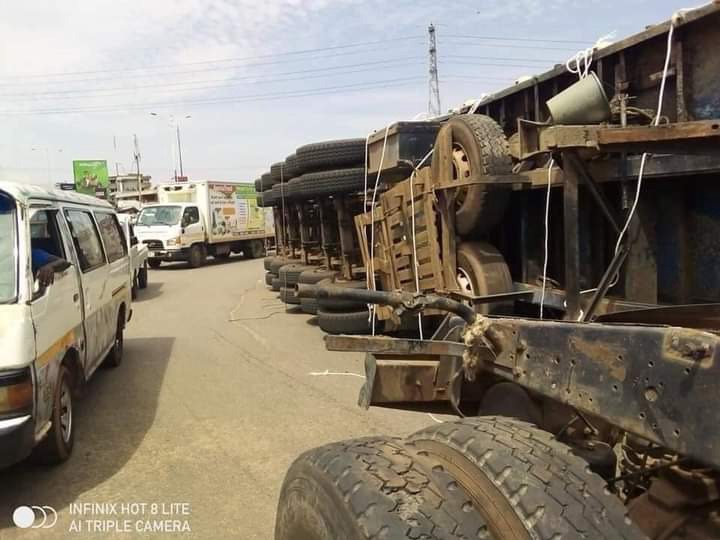