On the Royal House Chapel road heading towards Accra was a group of nine youthful boys sitting on a water tanker with no life support. The immediate form of emergency braking from the driver of the tanker or other road drivers would have caused a high casualty for the country as nine youthful men would have been critically injured or dead. 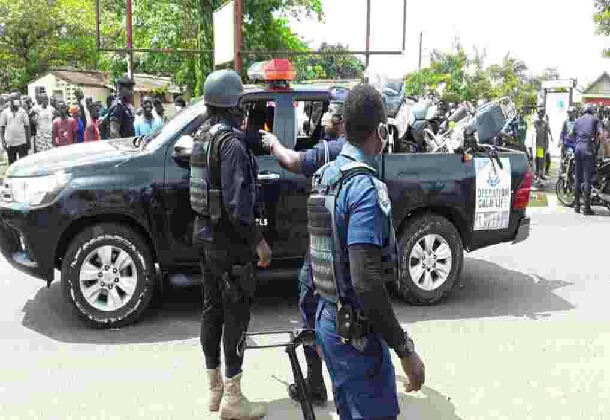 We heard shouts coming from the Royal House chapel road while we were en route to Kaneshie for an urgent situation that needed our services, said the lead driver of the Old Fadama police patrol team, Corporal Victor Baah. I thought it was traffic and two of our team volunteered to clear the traffic before we continued our journey, but it was not traffic.

It was nine people who were going to distil water with a water tanker vehicle and were causing unnecessary noise with their kind of seating on the vehicle. We approached them from the oncoming lane and instructed the driver to pull over.

They were not just reckless but childish too, you could have all died with the slightest mistake from your driver I told them before calling for handcuffs and rounding them up. We arrested all nine of them including the driver and took them with us to Kaneshie where we did counsel them and gave them warnings. 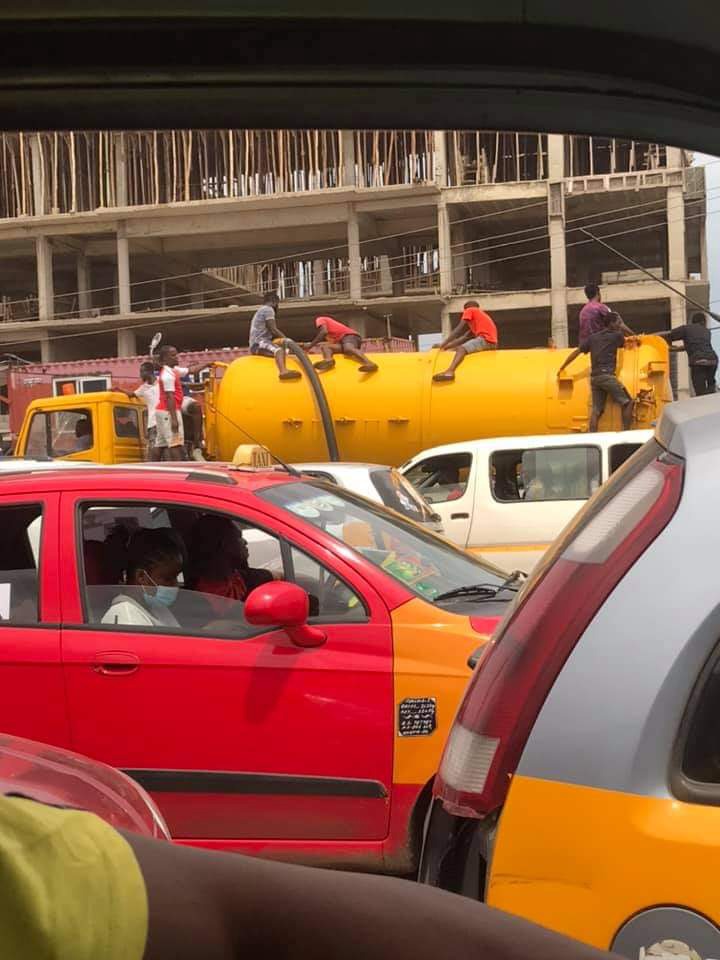 They wrote a bond with the Kaneshie police and promise to obey all road safety rules on the highway from today onwards. But we cannot just allow them to go free, the law must work so they are still behind bars waiting for appropriate sanction from the court on Monday, Corporal Victor Baah added.

All nine people and the driver of the tanker has been denied bail since their arrest yesterday evening. All ten of them did not meet the bail requirement for a bail bond to be granted to them. The driver of the tanker, Aeyman Offeh has been charged with two counts of crime; overloading a vehicle that takes only three people including the driver and two passengers, and abetting a crime by allowing the nine people to ride with him on the tanker. 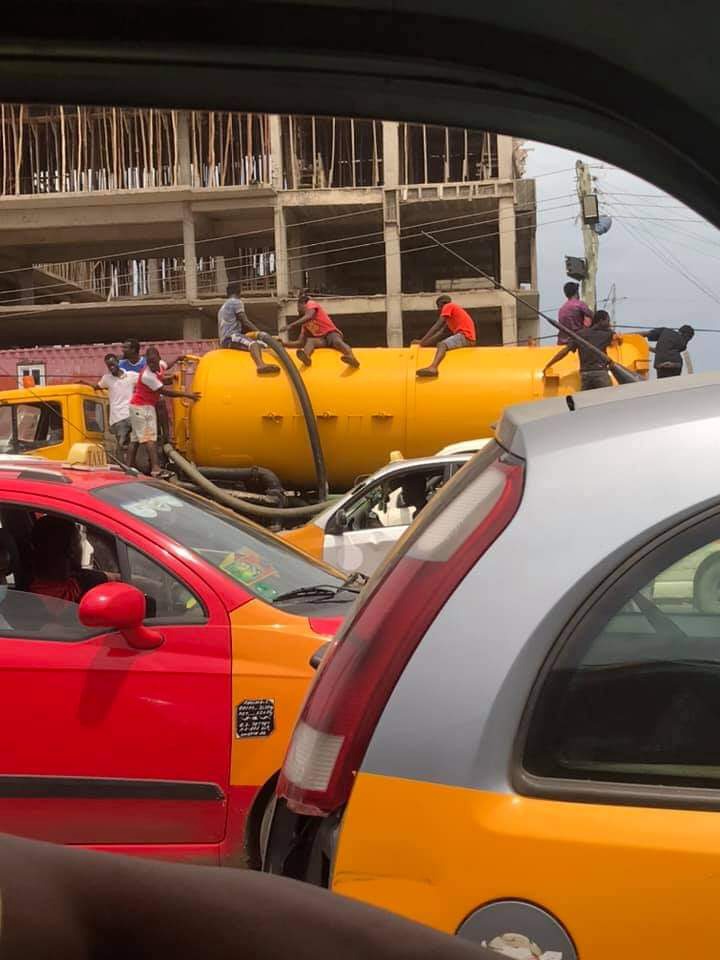 The nine people found on the tanker were all charged with road indiscipline, endangering their lives and causing unnecessary traffic with their actions. They would have caused a huge loss to the state if something bad should have happened on the road that minute, Corporal Baah added.

Alleged car thieves to face court after trying to hijack a Camry at Bonsu Gate, near KNUST Kumasi