We Fasted For Six Days; Richard Appiah's Killings Were Beyond Prayers- Father Of Murdered Kid

By Tinchie (self meida writer) | 5 days 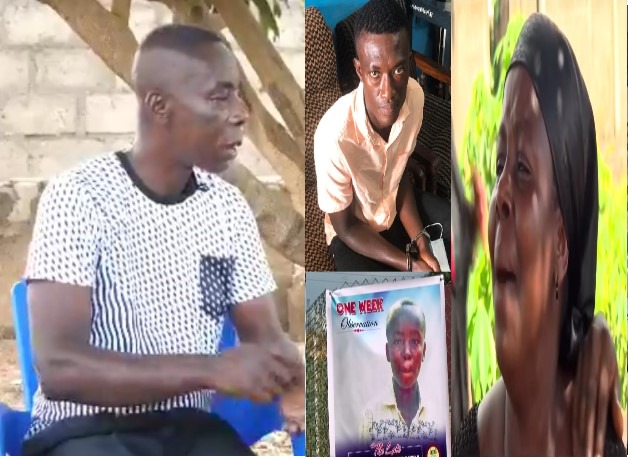 The account by Mr. Yeboah Asuamah, father of Stephen Sarpong who was allegedly murdered by Richard Appiah at Alaska Abesim will leave you speechless. The cruelty of Richard Appiah is unthinkable.

The grieving father shared with a local media house [Oheneba1TV] that the suspect's crime was beyond redemption as no amount of prayer caused their poor kid to be saved from the cruelty of the ritual murderer. According to Mr. Yeboah Asuamah after six days of fasting and prayer which was held for the son's rescue , never got answered.

"Our pastor told us to fast for six days. We fasted and prayed for six days. Late in the night you will find me and the family praying," he added.

Mr. Yeboah Asuamah mentioned that Richard was with the family throughout the period they searched for the son. Before his arrest, the father thought the son was missing and hoped they shall soon find him.

But one intriguing fact shared by the father was that Richard Appiah had sold out a parcel of land through him as an agent to another man. He indicated they got to Richard's house to process payment but never gathered any suspicious evidence to think he might be a murderer.

“It was on the Friday that we went to his house to pay him for the land he sold to us. We called him several times but he never answered. We entered his house, gave him the money but never saw the bodies. He even issued a receipt for it," he noted.

Mr. Yeboah Asuamah stressed that the suspect was very much composed and he never suspected him to be capable of that murder. According to him, the night when Richard was arrested, he and the family had just concluded with a prayer session and resolved to continue their search upon the counsel of the pastor.

He shared that the news about Richard's arrest for the murder of some kids in the neighborhood struck him badly that he rushed to the scene only to learn his son was one of the victims.

Chelsea's Reece James Champions League and Euros Medals have been stolen by robbers.