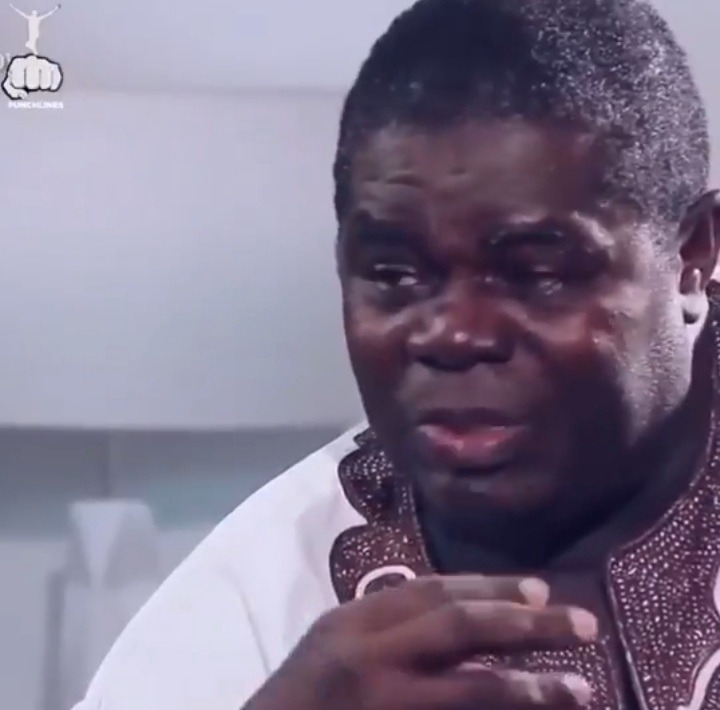 Psalm Adjeteyfio popularly known as TT has been exposed by a neighbour called Saliba Bawah. According to Saliba Bawah, he was a neighbour of TT back then at Firestone in Madina and as a result knows him very well and the story about what happened between him and his family.

Saliba Bawah commented on an article on Opera news hub which was written about Psalm Adjeteyfio (TT) weeping and begging for forgiveness on how he forsaked his children and wife because of a woman he called a demon. Saliba Bawah thinks TT did not hit the nail on it head by saying that but rather exposes him by commenting what actually happened under the article. He says TT shouldn't say a demon made him do that. 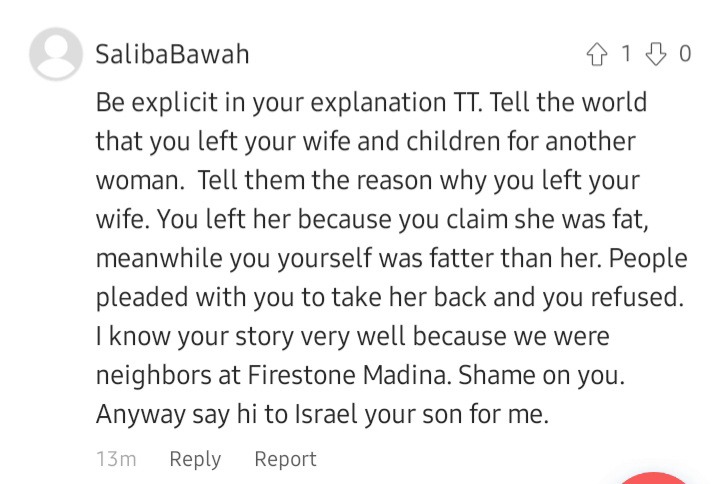 Saliba Bawah who was a neighbour to TT said that, TT has to be explicit with his explanations. He should tell the world what actually happened between him and his family. He should tell the reason why he left his wife and children. Saliba Bawah says TT left his wife and children because he claimed she was fat, meanwhile he was even fatter than his wife. People pleaded with him to take his wife back but he refused. And now he come on an interview to say it was a demon. 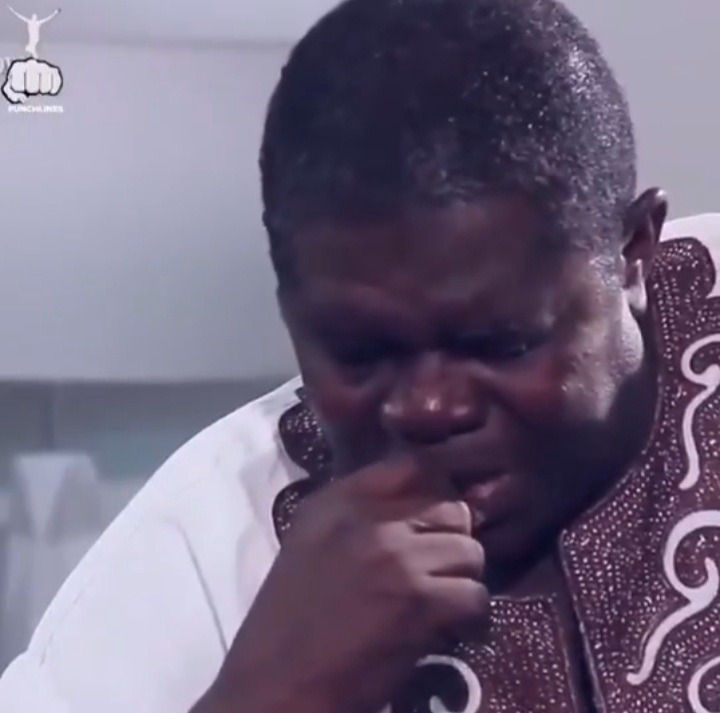