Woman in trouble for selling 'Expired Sardines' at Adum

Woman in trouble for selling 'Expired Sardines' at Adum 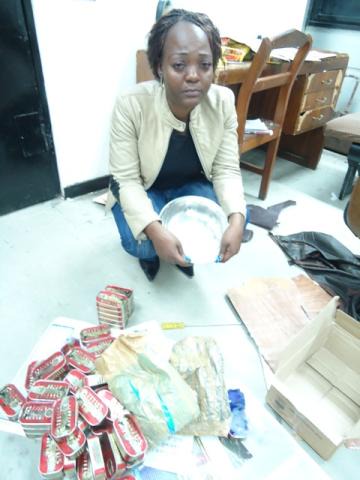 Lydia Tiwaa has gotten herself into trouble after she was caught in the act, selling over hundreds of expired foods at Adum last night. Adum which is the business centre for the entire Kumasi, is a city town filled with all kinds of people selling and buying to either consume or resell. It is populous each day of the week, and even populous at night because of the nature of the market. Tiwaa who is a mother of two children herself, did not have compassion in other children, when she decided to sell the expired foods to others, who were going to use it in preparing their meals. She has since the start of this year, been selling her goods only in the night, because that is when she gets fair prices for the goods which were supposed to be thrown away.

Tiwaa who is yet to give full account of the warehouses she takes the goods from, makes her way to the business centre every night from five thirty in the evening to eleven in the night, where she starts from Pampapaso, sells it to travellers from the roadside as she walks in between them. One woman Belinda Obiri last two weeks, was looking for a car to Bokrom, when she met Tiwaa at the Adum roundabout, just in front of the Central Market underground entrance. Belinda made purchase of twenty tins of sardines, which was been sold for 2 cedis a tin. Belinda thought it was late and the woman needed money, that was why she was selling at such prices, and bought twenty of them.

She went home and use some to cook food the next day, which was on the 18 of March, and almost her children and her husband died, after eating the food she cooked. The hospital recorded poisonous substances within their blood, which was causing their blood temperature to rise, and that could have caused their deaths. Belinda took the case serious, and reported it to the authorities at Bokrom, who sounded word of cautions to their patrol teams across.

The patrol team was on alert, as they increased their vigilante policing because of the holidays throughout Kumasi. At Adum where the human footbridge is, was when they spotted cluster of people. They approached them and found out, there were sales of goods at incredible cheaper prices. An alert was raised to inspect the crowd over the complaint Berlinda made, on buying expired products. Three night traders were arrested and two were allowed to go, after they proved their goods were not fake but was selling it at a discount. Out of the three which were arrested, was Lydia Tiwaa, who could not recount for the cheap goods she was selling, and whether they were original or not. The police seized the goods, and Belinda was recalled to identify the woman she bought the items from two weeks ago. And Belinda this morning, confirmed Lydia Tiwaa of been the one who sold her the fake and expired sardines, which nearly took his family's life on the 18 of March.

Lydia Tiwaa has denied ever meeting Berlinda, and was certain she was onto her for the success of her sole proprietorship business. Tiwaa disagreed that, she had knowledge on the items she was selling, and only took them from a warehouse, and cannot tell whether they were expired or not. Food and drugs board authority was called to test the sardines to identify, if they are in deed expired, and the first testing which was done early morning, prove the foods has been expired but cannot tell the exact date until they run extensive tests on the foods. Tiwaa has been crying since morning, after the first test prove the sardines to be expired. The police are waiting for an extensive report on the sardines which will be done on Tuesday morning, to prove the details of the sardines Tiwaa have been selling. She was yet to be given bail, on the assurance of rearresting her for court, if the food are deadly for consumption or they are best before foods which can be eaten. 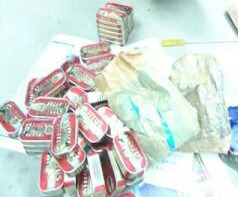 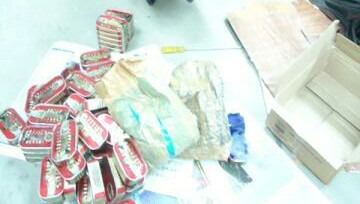