By iamEdrino (self meida writer) | 24 days 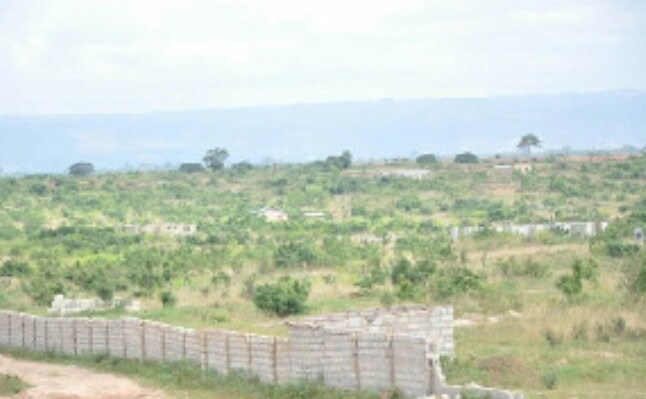 The matse of Ayikuma in shai Traditional council Nene Nartey Ahujaga Asafo-Adjei III, of Ayikuma in the Greater Accra region, has denied the allegations of using Land guards to demolish houses and a University building in the area.

According to Nene Nartey Ahujaga Asafo-Adjei III, whoever said I was the one who sent them should avail themselves because I don’t know anything about the land guards and the demolishing of any buiding. I am the chief and can’t do that, because all these allegations are false. He added.

However, I never sent anyone, they are rather tarnishing my image.

Meanwhile, Nene Nartey Ahujaga Asafo-Adjei III, revealed that, the Djaasehen of Kordiabe, called Nene Odei Ansah Sasraku over the years has been selling their lands and properties to other people without their telling them.

Three days ago Nene Odei Ansah Sasraku lll made a press conference about land guards and one of the real estate developer called Jimi real estate in the greater Accra, and one of the Community called, Nigos have demolished the property of Golden Sam Bean University at Ayikuma in the Shai Osudoku District.

According to Djaasetse Sasraku, the Chiefs of Ayikuma watched land guards demolish the property which belongs to shai.

The chief of Ayikuma angrily told them,whoever said l was the one who sent them should avail themselves because l don't know anything about the Land guards and the demolishing of any building.

The angry youth are threatening to clash the Djaase for tarnishing the image of their chief Nene Nartey Ahujaga Asafo-Adjei III.

“Who Gave You That Information?” – Serwaa Amihere Questions NPP MP Over Akufo-Addo's 1D1F

But They Didn't Vote For Me; I Hope They Do Next Time– President Akufo-Addo Tells Chief Of Yagaba