Armed robbery is still on the rise, despite the hazards that some of them have faced. Many individuals will not hesitate to take the law into their own hands if a suspect is apprehended as it is now. Mob punishment isn't always the best way to put a stop to criminals, but it can sometimes serve as a deterrence to those who might commit the same crime in the future.

According to reports from the Ashanti region, a band of armed robbers attempted to break into a residence in Bosomtwe one fatal night. Unfortunately for the armed thieves, their presence was recognized and an alarm was activated. When the armed thieves realized they were in danger, they bolted, but one of them couldn't keep up and was apprehended by the enraged youth. According to the Angel FM correspondent, the community's kids have been accused of all of the community's criminal cases throughout the years. Their hearts and minds were filled with rage as a result of this charge, and they did not spare the poor armed robber.

According to the correspondents' accounts, the youths initially intended to set him on fire, but someone who couldn't stomach the sight of a living person on fire suggested they beat him and hand him up to the cops. Others were not amused by his offer, and many of them repeatedly thrashed the armed robber with large blocks until he became weak and died.

None of them stood by his body after he was killed to be interrogated. They all took off for their respective hiding spots. The body was taken by the police after hours and put at the morgue.

Instant justice is a bad notion since, if the deceased had been kept alive, he could have assisted the police in tracking down the remaining armed criminals, slaying two birds with one stone. 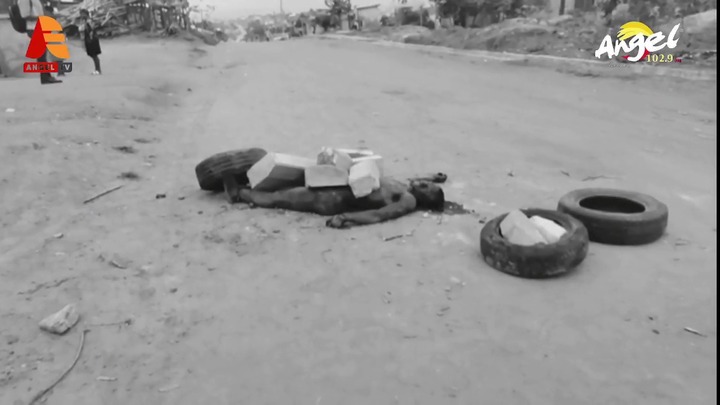 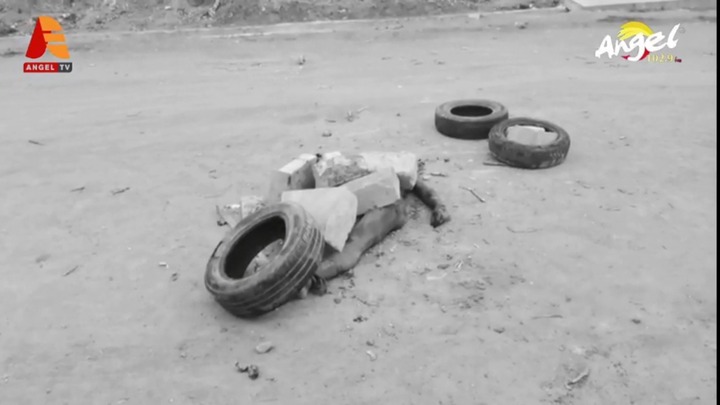 Photos Of Two Beautiful Curvy Photo Models With Rhyming Names That Will Surely Amaze You.