By YoungMoney (self media writer) | 1 month ago

The idea of using the internet to commit crimes is not a new. The problem continues to grow as people become more reliant on the internet for making purchases and storing personal information. Cybercrime has its own economy that takes place on the dark web, which is different from the deep web. Many countries in the world now have switched to using the digital means to pay for goods and services. Many people pay their bills, pay their workers and even pay their loans with their banks. Despite the banking fraud rearing its ugly head now and then, the preventive measures and fraud-combating ways/technologies are impactful.

An angry man has completely lost it in viral video as he attempts suicide inside a United Bank of Africa (UBA) bank in Lagos after his money which was reportedly released to cyber fraudsters. This is true from a new video that has surfaced online. In the video, the man could be seen disrupting banking activities as he attempted to hang himself inside the bank hall. The young man, who was held by the bank officials to prevent from tying a wire around his neck to strangle himself, was heard saying that the hackers stole over N450,000 after they gained access to his UBA account.

Take a look at the young man below; 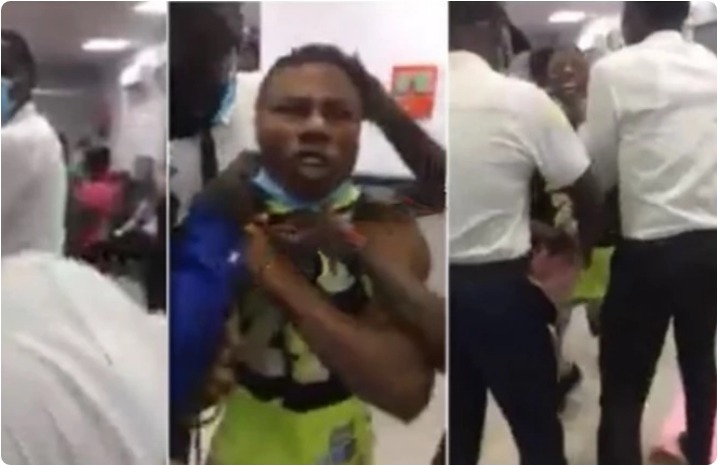 Take a look at some comments below; 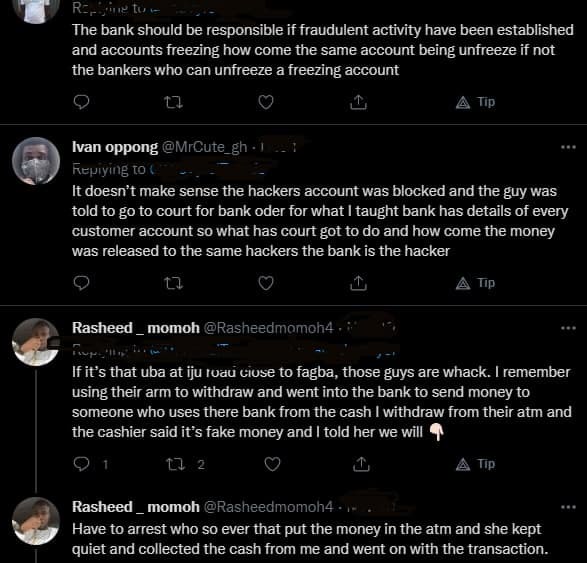