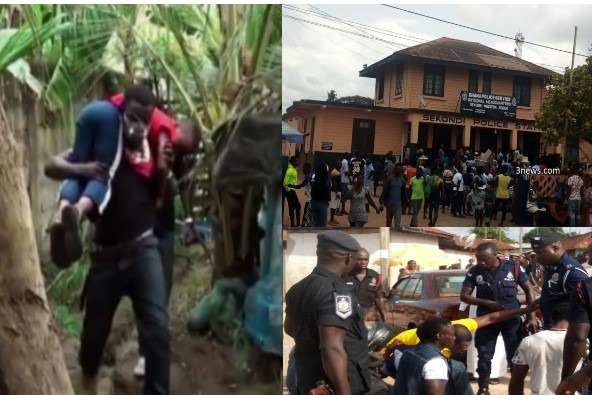 If it were not for the bravery of a mother, her daughter would have been kidnapped this afternoon at Adiembra, a suburb of Sekondi in the Western Region. The victim a final year student of Adiembra Senior High School was lured by her assailants that a parcel had been delivered by her brother and that she should meet them at a hotel in Takoradi.

Before then, the girl aged 17 [whose name is yet to be identified] informed the mother, Albertha Yawson, of strange calls she had been receiving since Friday from the suspected kidnappers. The mother in her suspicion opted to meet these kidnappers on a Friday noon only to learn through their justification of wanting to see the daughter, they were criminals.

The mother told Takoradi-based Skyy Power FM's Samuel Kojo Brace in an interview this afternoon that she warned the suspected kidnappers [a young lady believed to be in her 20s, and an elderly man in his 70s] to stay away from her daughter. But this confrontation never stopped them from pursuing the innocent kid.

The mother disclosed that her daughter received another call [but with a different number] that she is needed to pick up some items. The mother indicated that the daughter was alarmed, especially when they got to learn that the landlord where she [girl] lived had recorded eleven (11) missed calls from the same number that contact her. 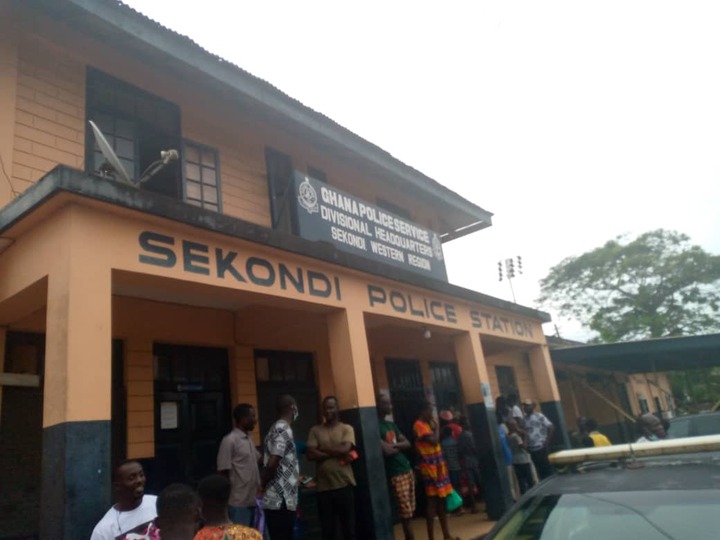 Fearing for what might befall her daughter, she mobilized some young men in her neighbourhood at New Takoradi and reported to the police the strange calls and threats on her daughter. A moment later the mother was alerted about a search by some strange persons at her daughter's school.

She rushed to the apartment of her daughter and learnt to her surprise, five people trying to kidnap her daughter. She screamed and got the neighbourhood alarmed.

Three of the suspects were arrested by the mob and have been sent to the Sekondi Police Station. Before then, the troubled mother enquired from the suspects why they have been pursuing her daughter.

"They said they want to take her to the UK...that she is a footballer. But my daughter doesn't play football. She wants to be a soldier," she cried. 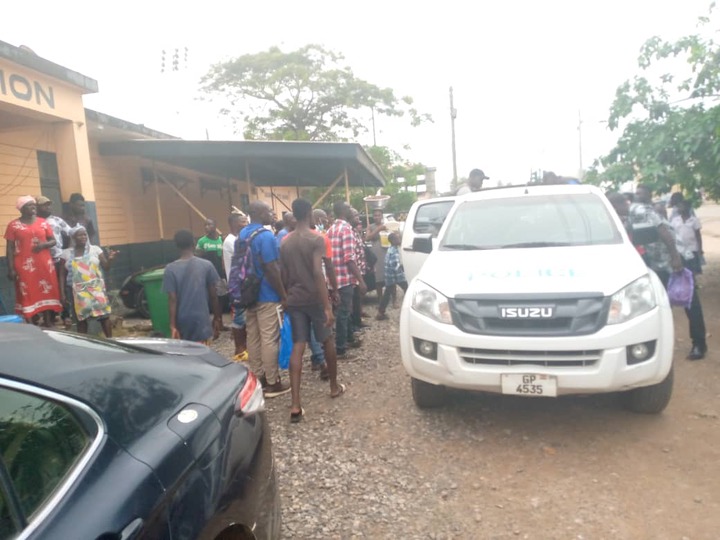 According to the mother, the suspects confessed that they had monitored the daughter's Facebook account, adding that was how they got to know about her. She mentioned that the daughter has denied ever knowing or met any of them in her life.

Currently, the Sekondi Police Station is crowded with residents who are curious about this development.