Angry taxi drivers voice out their issues to Tarkwa GPRTU.

By AsieduGyanNyamekyeVictoria (self media writer) | 5 months ago

SOME ANGRY TAXI DRIVERS IN NEW ATUABO STATION VOICE OUT THEIR TO THE GPRTU AND ASSEMBLY IN TARKWA. 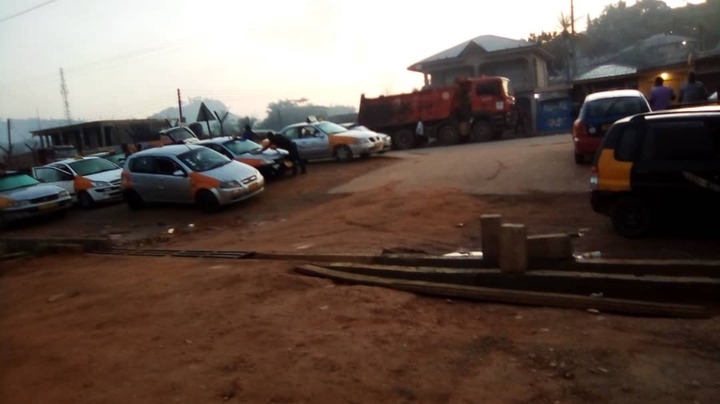 The concern taxi drivers in Tarkwa New Atuabo Station are angry about what other taxi drivers are doing at the station.

Concern taxi drivers in Tarkwa are voicing out to the GPRTU Tarkwa branch and the Assembly to get in before it will be late or get insane , because this can make the Tarkwa New Atuabo station collapse.

According one of the GPRTU TARKWA BRANCH board chairman, he was just passing by Bogoso junction and Saw that the station had been opened and was interviewed by one of our radio station and He said " THE GPRTU TARKWA BRANCH BOARD DON'T KNOW ANYTHING ABOUT THEIR RELOCATION OF THAT STATION ".. Now they want the New Atuabo station to stay.

Content created and supplied by: AsieduGyanNyamekyeVictoria (via Opera News )