Man begs for mercy after urinating on government wall

Man begs for mercy after urinating on government wall 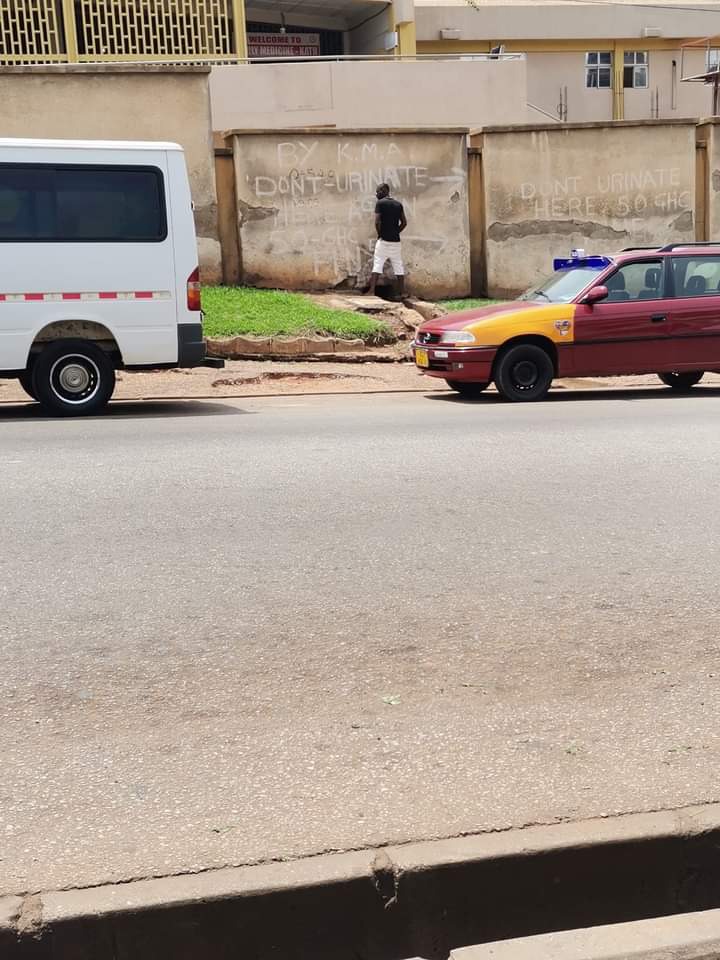 A taxi driver Philip Gagbo, has pleaded for mercy after he was caught urinating and floating AMA order last week. Philip who drives from circle to the ministries, was arrested on Monday 29 March, in the morning, a week after he committed the offence. Philip on last week, was driving from Tesano to Circle, when a pedestrian stopped him for directions. The man who was going to the National Service Secretarial Headquarters, stopped him for directions to the place and Philip busted on a GH¢40 fee to send him there from Tesano. The man who did not agree on the 40 Philip quoted, gave him 30 when they arrived on the spot.

From the secretariat back to the loading station, where he loads from Adabraka to the ministries, was when he felt some way kind of treatment within his pants. He parked near a sprinter who had broken down on the pedestrian pavement, and went straight to the wall and eased himself. Philip is not an illiterate who cannot read and write, but a literal competent man who can even spell the names of others. He argued of not seeing the writings on the wall in the first place, but the bold painting can be seen from a far distance.

At the back of Public Enterprise building, was where it was written boldly, do not urinate here or get fined GH¢50. Philip from his account, only saw the writings after he finished easing himself, and there was nothing he could have done. He was arrested this morning, when traces from the agency lead them to the Adabraka Taxi station. Philip was identified from his car colour and the nature of his head, when he was arrested. He pleaded not guilty when they first told him of his crimes, and argued that, even the land which belongs to God, God himself hasn't charged us for the oxygen we breath, so why charge him for the nature call he made.

He was threatened with handcuffs, before he begged for mercy from the agency. Together with other drivers, and the stations managers who pleaded on his behalf, he was he was forgiven and fined GH¢150 for challenging the agency's authority in arresting him. He was given a warning, after he settled the bills of 150 to the agency. 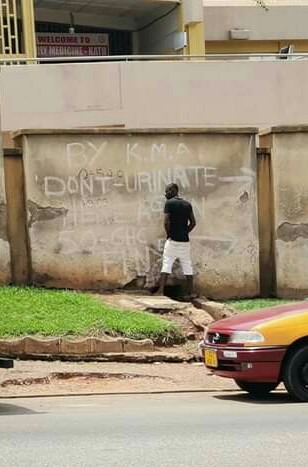 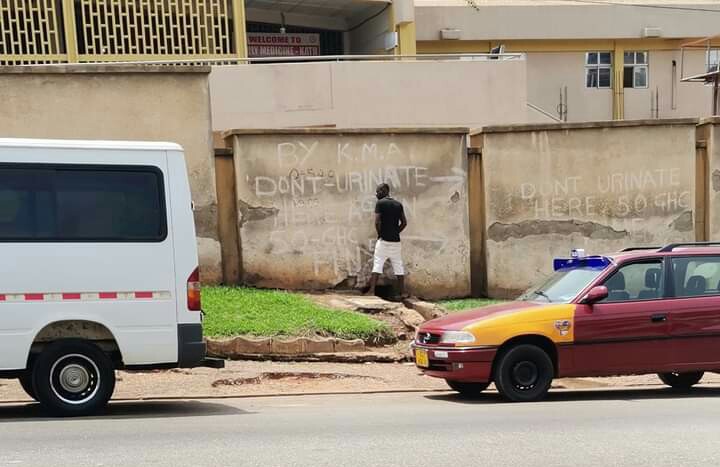