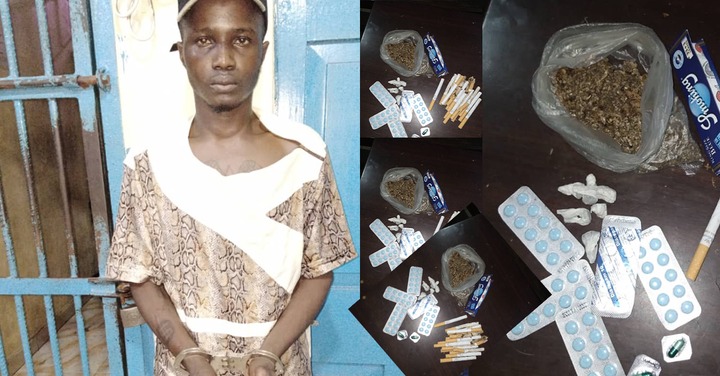 It is strange to believe how anyone will ever think of smuggling hard drugs to the police cell. Such a situation can only be described as braveness because the Police are there to arrest persons who go contrary to the laws and for a criminal to walk straight to the police cell and dare them is unimaginable.

This is a case pending before the Accra Central Police Cells. Eighteen-year-old Enoch fearlessly gathered hard drugs including Tramadol, Cigarettes, Tramadol dry weeds, and many others, and decided to move out for business. His target consumers were the inmates at the police cell who were already serving various punishments as suspects. He eventually got to the police station and decided to execute his plan. 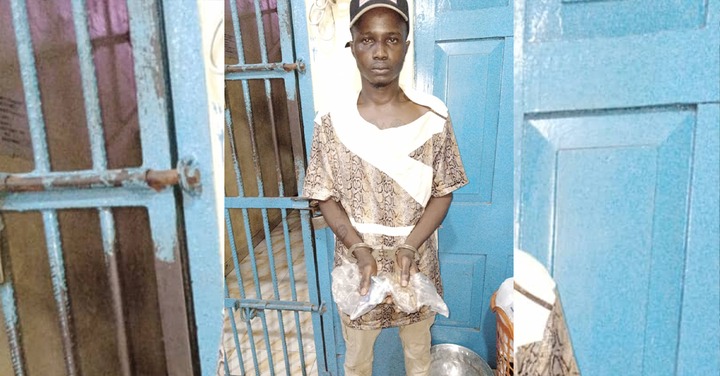 Unfortunately for him, the police officers on duty were on high alert and decided to mount a search on him. Eventually, the substances were found on him and that caused the police to arrest him. But some issues are begging for answers here. In the first place suspects arrested at the Police cells are helpless. Their belongings are mostly taken from them before they are locked up in the cells so they have no money on them to purchase hard drugs.

The other point is that the drugs seen in the possession of the young man have a strong stench and the cigarettes for example cannot be smoked in silence. The other factor is about the fact that the police cell has one entrance where the main counter is located and it beats imagination on how the young man was trying to get the drugs to the inmates. It could also be that this is not the first time he is smuggling the substance into the cell, but his time was up this time around. 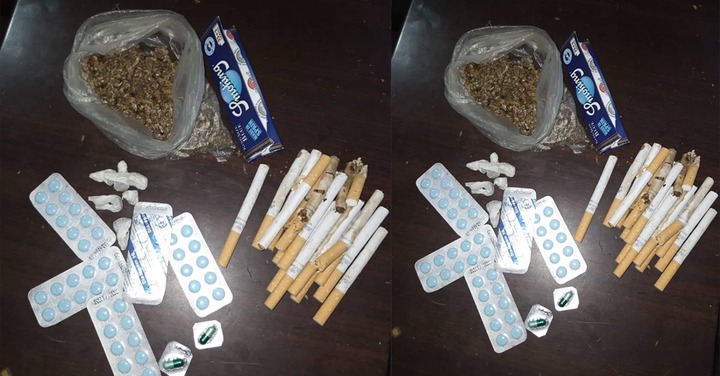 Some Ghanaians have been commenting on the issue since it was posted on the Facebook wall of ‘the security guy media’. They believe the only punishment for such a fearless criminal is to sentence him straight to the Nsawam prison for hard labor. But sending him to the Nsawan prison will require some legal processes. Such persons are hardened criminals and require harsh punishments to deter others so the Nsawam or any other prison will have to be his next home if found guilty. He is just eighteen years and could gather enough courage to smuggle hard drugs to a police cell. He might have other accomplices and the police must launch serious investigations to fish them out.

Do you know this is not the first time the veteran actor Psalm Adjetefio is asking for help?

Types of Doctors and what they do at the hospital and the University.