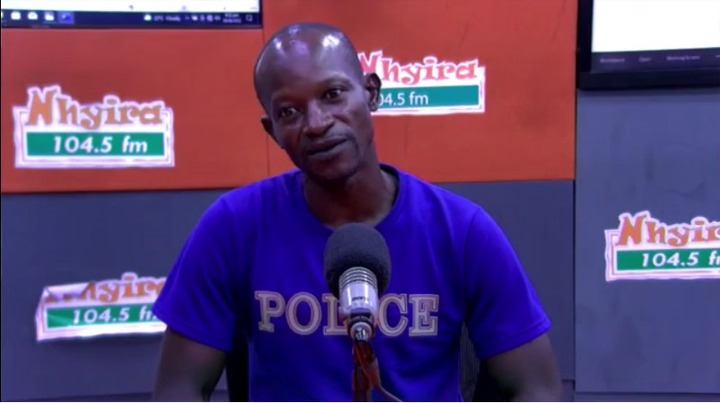 A 42 years old man called Samuel from Obuasi is staying with his wife and two kids, the man shares his wife told him that she has only one child but after they got married and gave birth to two children, the woman brought her 4 children instead of one child and they are all sleeping in the same room.

Samuel did do anything about it but he tried to open a shop for his wife so that she can cater for the kids but she allowed her 4 children to spend all the money they earned from the shop. What worried him most is that those children don't respect him. He continued that instead of them getting a profit from the shop, he always used his money to buy new things to fill the shop.

He had a misunderstanding with his wife and she vowed not to step her foot into the shop. The man stated that he has to stop his Okada work and stayed at the shop, both families met to settle the issue, and he told his wife to send back her children because they don't give him any respect. His wife didn't listen him but she started accusing him of dating different women whenever he has a chat with his family members.

Her behaviour made all his family members stop visiting him. It got to a point that his wife started going out with different men but he found out that she has been sleeping with those men. Samuel reveals that their custom too doesn't support a wife to sleeping with other man outside her matrimonial home. He said he fell sick, he went to a fetish priest for help but the priest fetish told him that it is his wife who sent him to a mallam to cause his illness.