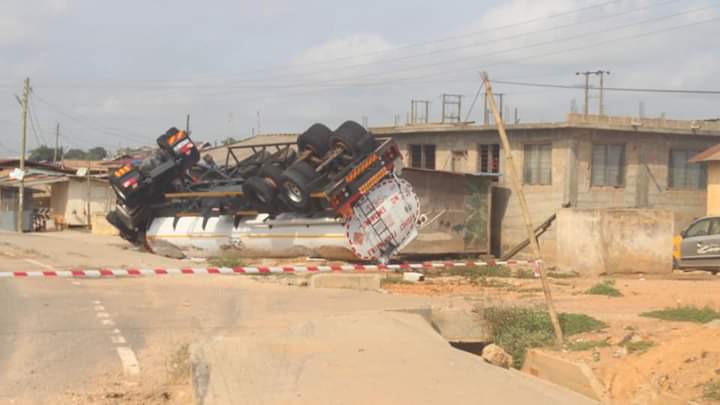 A driver and his truck attendants are both at the Intensive Care Unit fighting for their lives, after a sudden move caused the accident of tanker yesterday afternoon at Ntankoful. Ntankoful is a highway twin town, which lies on the Kansarodo highways, to Takoradi city. The town which was first discovered by the Ewes of Hohoe, could not settle there due to lack of protection from their members, in the early 1920's. They were forced to relocate, after several attacks were brought on them by the Fantes. The evacuation of the Ewes in the 1945, saw the Fante's making it their territory until date. Ntankoful is seen as a twin town, because of the several twin curves within the town. There are six curves in and out of Ntankoful, before heading to Kansarodo, the biggest town.

The accident which occurred early noon yesterday, was as the poor judgement of the driver, as many eye witness encountered. The driver was on his way to Senkondi Takoradi, to offload the fuel in the tanker, when the sudden accident occurred. The only highway in the area which links the cuties is the Ntankoful Kansarodo highways, which has a minimum speeding of 50km/h, for the 100km/h maximum road. Because of the lack of road signs and speed ramps, the driver of the petrol tanker, did not see the sharp curves that lies in the middle of Ntankoful. And kept his minimum 50km/h speed, after reaching the town.

Residents of the house came outside, when the loud sound of the accident disturbed their ears. They spent almost thirty minutes before been able to rescue the driver, and the mate. Both were sent to the hospital, and was still in the intensive care unit, receiving treatment. The driver suffered from head injuries as the tanker crashed, whiles the tanker attendant got broken legs, because of his seating in the truck. His legs were on the dashboard of the truck, when the accident occurred. 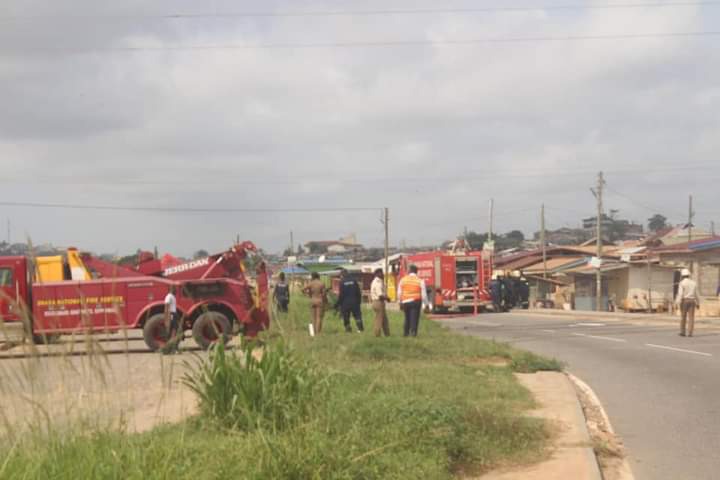 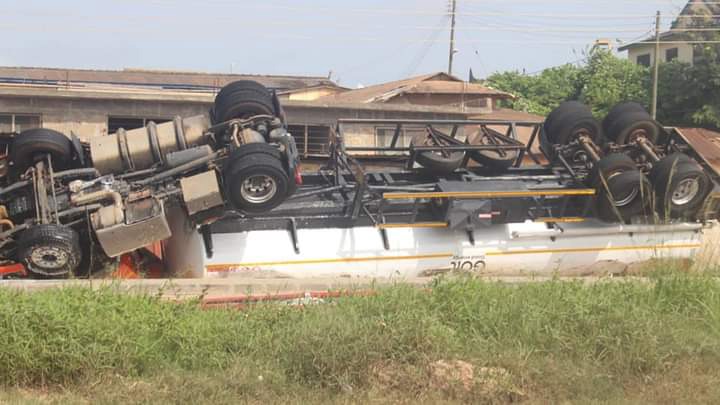 VIDEO: Watch Peppertinn Shakes Her Big Melons. I bet your thing will rise