Wilfred Manu, a mason contractor working at Kotwi in the Ashanti Region, has been apprehended after he threatened to shoot a police CID this morning at Kotwi Trede. Police CID Desmond Danso known as Officer DD, was in his house enjoying his day off work when a neighbour at his plot at Kotwi phoned him about a planned development on the land he had purchased in 2018. The land which has a foundation on it was about to be destroyed to pave way for a new building when Officer DD got to the site this morning. 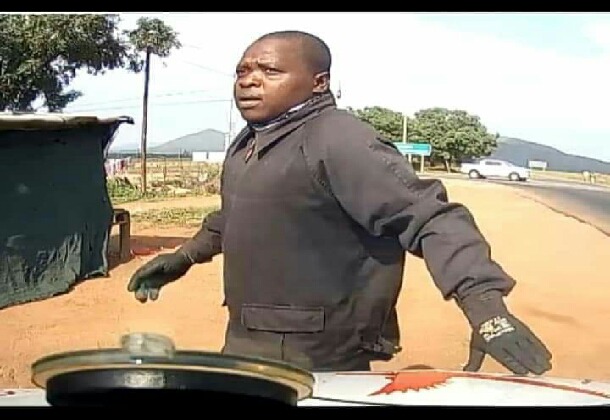 Nonsense, you think you can fool on this land. Real men are here so come and you see. My landlady is the rightful owner of this land and we will build on this land. Any attempt by anyone will be subject to death by this gun, as Wilfred brought out a black water pistol gun from his jacket. I will shoot you dead, and I mean it. You will die and the land will still be there after your death, Wilfred stated clearly to Officer DD. 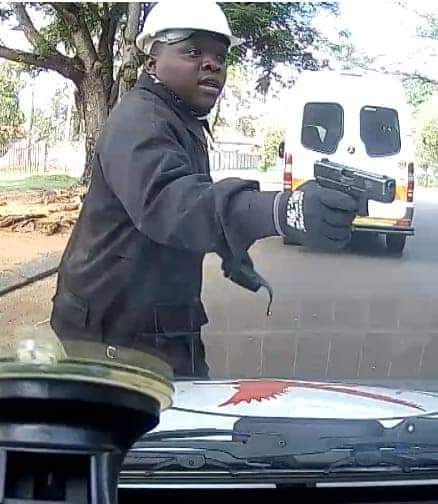 Unknowing to Wilfred that he was playing with fire, Officer DD, the Off duty police CID phone his bosses at the Trede Police station and with two police offices arriving at the site, Wilfred Manu was apprehended for threatening and attempting to kill. Wilfred in handcuffs had tried compensating the officers that, his weapon was not a weapon and he was just doing it to scare off duty Officer DD from coming near the land as he had been hired to build on the land.

This is not even real sir, it's a water pistol for kids. Try and see, Wilfred was heard trying to beg and bribe the two officers in uniform after Officer DD has revealed who he was. Wilfred has been taken to the Trede police station where he has been caged at the police cells waiting for a possible court appearance on Monday morning.