By Discoverers_Gh (self meida writer) | 27 days 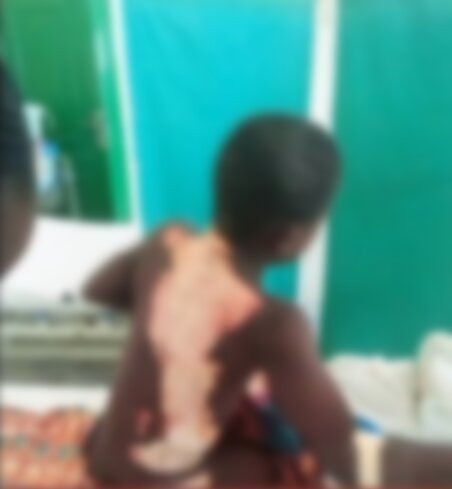 At the cool breezing evening of Friday, April, 9, 2021, a 10-year-old boy, whose name has been withheld for now, was set ablaze by another minor, who is also 14 years of age, following threats revaged against the family of the victim at Amanfrom near Kasoa.

According to residents and other unbiased witnesses, the suspect, very commonly known as Hammer by everyone, issued threats to the family of the victim, especially his father who happens to be a spiritualist, after he called the suspect a weed smoker.

According to information gathered before and after the incident, the suspect intends to show the family of the victim what it means to be a weed smoker. He intended to go burn down the man who referred to him as such.

He thus went to the market to buy petrol and matches especially meant to burn down the spiritualist, who happens to be the father of the deceased. On reaching the house, the spiritualist was no where to be found around the house.

So to quench his anger, the suspect, seeing the spiritualist's son around, quickly grabbed him over and after pouring enough of the petrol on him, he set the poor innocent boy ablaze by lighting the matches. The skin at the back of the boy got completely burnt before the fire was quenched.

The attention of the police was drawn before the halfway burnt boy was quickly rashed to the Neglishi Amanfrom Hospital near Kasoa in the Ga East Municipality of the Greater Accra Region.

The police arrested the suspect and investigations are currently ongoing to delve deeper into the matter.

According to reports, the victim is currently in a critical condition as his entire back was completely burnt beyond recognition. Only God will console the family.