By MosesNews (self media writer) | 27 days ago The rate at which persons are getting killed by others trough stabbing, suicide and shooting is getting out of hands as we stand to lose a lot of lives.

Of late, killing for money rituals and all sort of selfish interests has also joined the group, which needs something to be done about it as soon as possible as it ends up reducing our human resource.

According to a CCTV footage that has been seen online, you would realise how some wicked individuals instantly ended someone's life on the street right in front of neighbours.

According to the video, 3 young men were seen leaning against a vehicle and having a conversation by the roadside.

An incoming black car which appeared from only God knows where stopped in front of them and immediately it stopped, two occupants brought their bodies out accompanied by guns and began to shoot.

Two of the three men were able to run leaving one behind to be shot repeatedly on the body. People around who heard the gunshots tried to hide for fear of being shot as well.

The left quickly with their car after shooting but it was realized that the car seemed no longer fast as it was. It looked as if one of their tyres got burst.

One thing that will even amaze you is that the persons that are most often in this present time of ours seen doing such evil acts are the youth.

The country certain for this incident is not known but you may have a clue from the hair style of the citizens that were captured. Let us not do evil unto others as we do not want them to be done unto us as well. 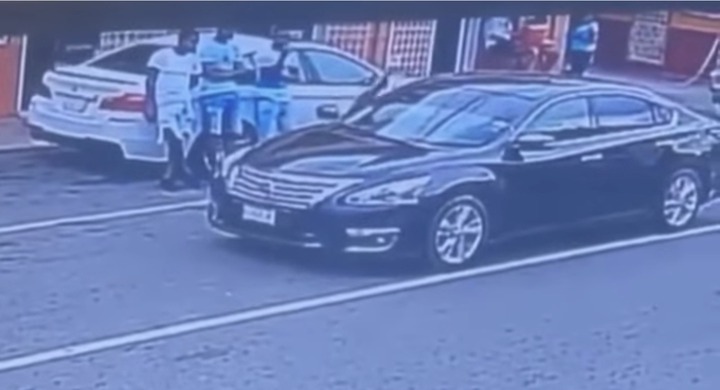 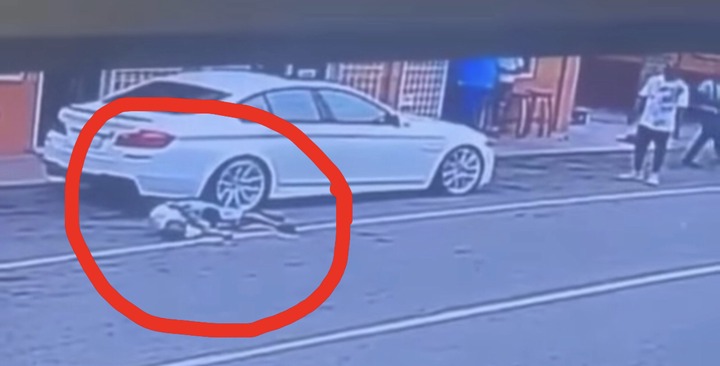 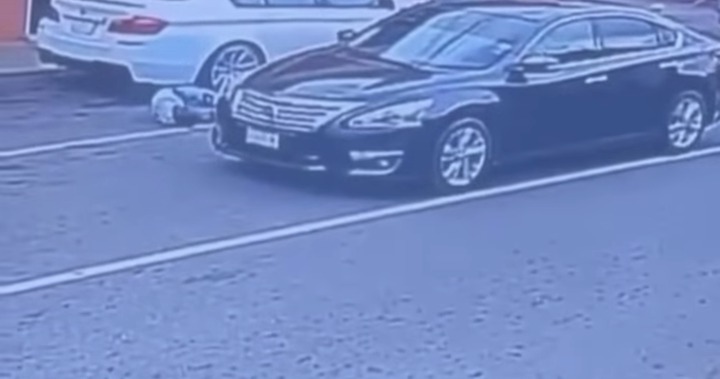