VIDEO: Check Out What Ghanaians Did To A Thief Who Stole 4 Goats

By SamuelPowellNews (self media writer) | 18 days ago

It appears Ghanaians have adopted a new way of punishing thieves who steal from people. A few weeks ago, the residents in Takoradi, Western Region made a thief drink beer and desilt gutters as his punishment for stealing. Another thief who was caught stealing electrical cables in the same region was made to laugh and dance after several beatings.

They argued that the Ghana Police Service in most cases release these thieves back into our society after arrest. Looking at the screenshots below, a young man in his twenties is having two roasted goats tied to his neck on a street. The people in the video did not mention the town in which this event took place but they were speaking our native language, Twi.

According to the inhabitants who arrested him, he stole four goats but was able to kill two. One cannot tell whether he was going to roasts all the four goats for sale or eat them. When some people on the street saw this, they asked the thief his crime and he responded, "Please, I have stolen goats and they have caught me. From today onwards I will not steal any goat again". 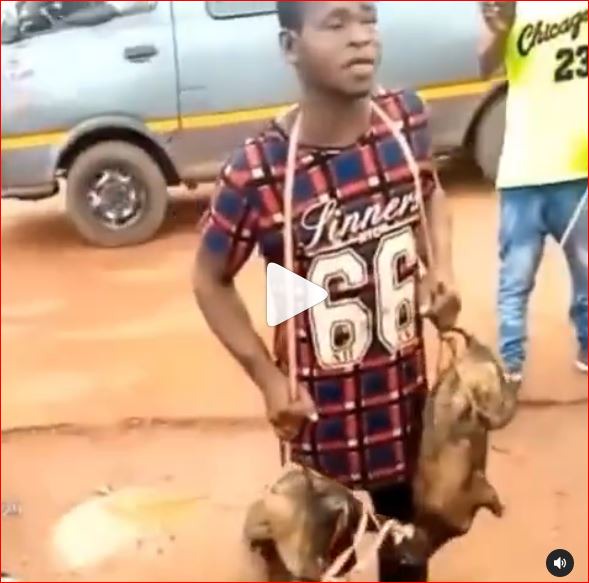 Some women on the street pleaded with the guys who caught the thief that he should be released from the punishment because he looks exhausted and weary. Looking at the facial expression of the guy very, you could notice that his face has swollen. Meaning that he has been beating severally by these guys before hanging the roasted goats on his neck. 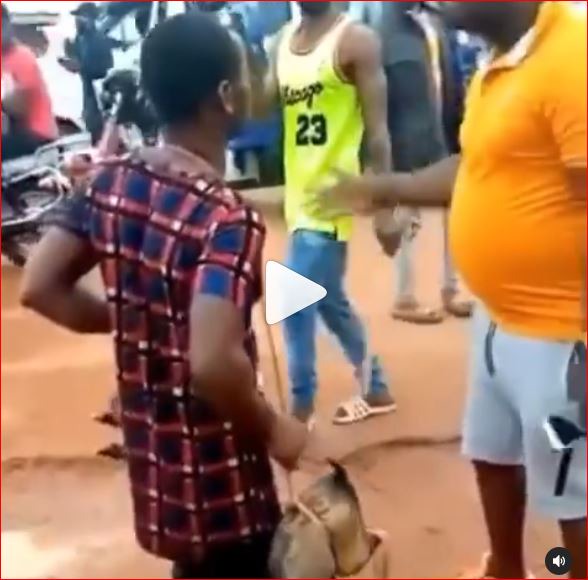 It seems like these guys are sending him to the police station but they want to disgrace him publicly first before they hand him over to the police. 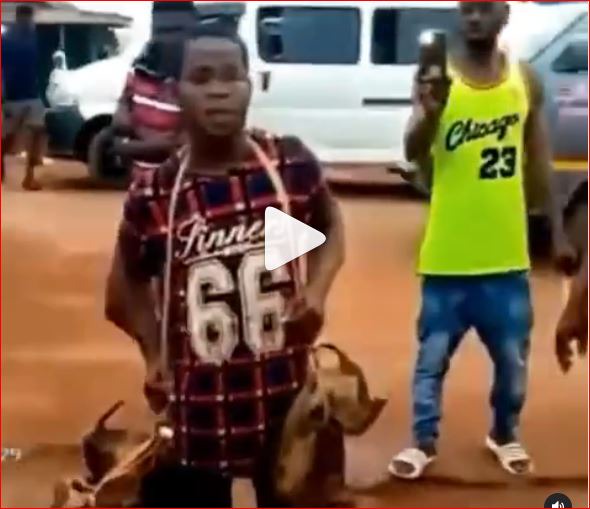 You can watch the video through this link: