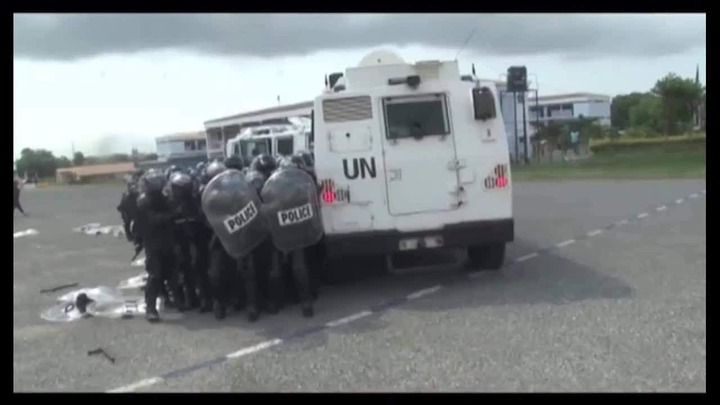 Four police officers in the Northern Region had incurred the wrath of Dampare Akuffo led police administration for allegedly molesting some residents of Tamale over illegal electric connection exercises.

In a statement released on social media a while ago, the police said they interdicted four of its men for unprofessional conduct contrary to the ethics of the profession.

According to police preliminary information, the four interdicted officers were part of the VRA/NEDCO task force seeking to track down persons involved in illegal electric connections.

The statement further said the four will face disciplinary action subject to the regulations of the service.

In addition, the statement went on to say it is taking steps to identify and support the affected persons molested by its men.

The statement concluded with an apology to the general public. 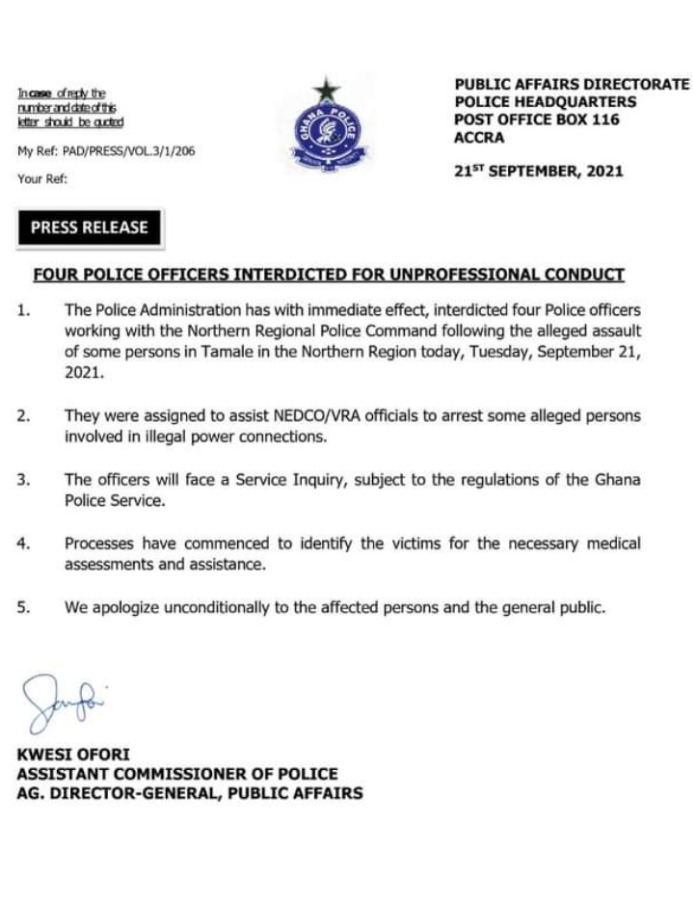 The Police Administration has with immediate effect, interdicted four Police officers working with the Northern Regional Police Command following the alleged assault of some persons in Tamale in the Northern Region today, Tuesday, September 21, 2021.