Follow Me To The Mobile Money Agent: Police Officer Gathers Courage To Take Bribe From Driver 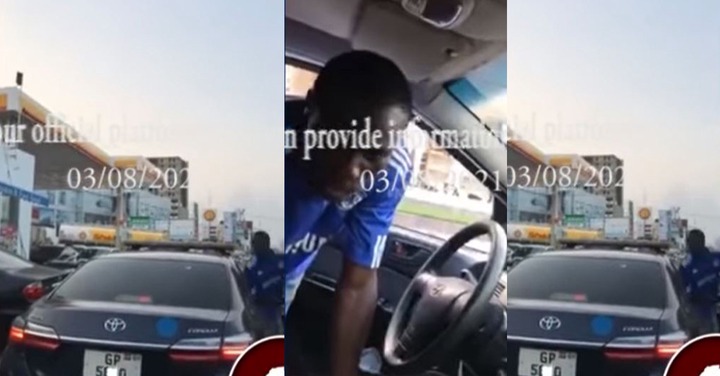 The Uber driver had a trip as usual and quickly grabbed it. As he picked the passenger to his destination, a black vehicle belonging to the Ghana Police Service crossed him and ordered him to park. He was asked the driver to bring his driving license which the innocent driver obliged. As he presented the license to the unknown police officer who refused to come out of the GP 5040 official vehicle, the passenger started taking motion pictures as the event unfolds.

The police officer after looking at the license was not convinced and allegedly asked the driver to bring an amount of GHC 200. It was a sad moment for the driver who came back to the vehicle and told his passenger the sad situation. His sales for the day were not up to GHC 200 and pleaded with the police officer to spare him but that was not an option. 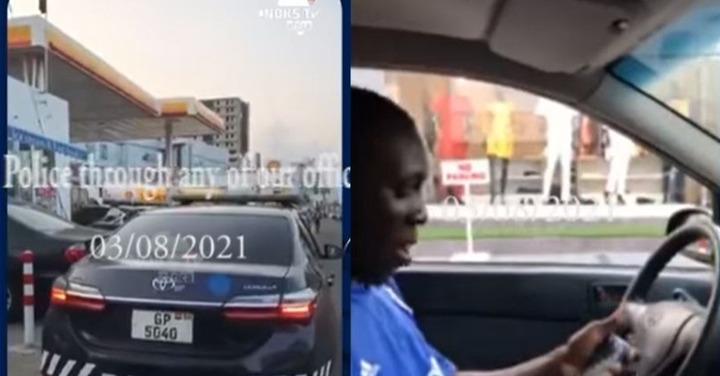 The Police officer ordered the driver to go to the initial mobile money vendor shop and get him the GHC 200 from his wallet as a second option but there was none around. The driver reported the situation back to the police officer who ordered him to follow his vehicle. As courageous as the police officer could be, he led the Uber driver to another mobile money agent and asked him to withdraw the GHC 200 for him. The driver obliged again and walked straight to the vendor and withdrew the money to save the stress. 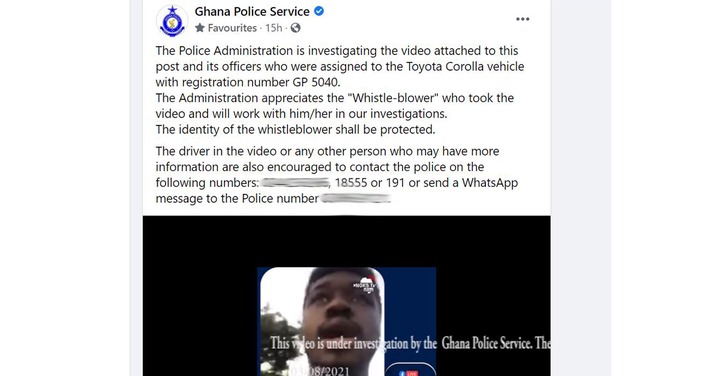 After taking the money, the police officer drove off and left the driver and the passenger. The Ghana Police Service has since taken up the issue and has mounted a search for the officer involved. Unfortunately, the face of the officer was not captured in the video but the vehicle number has been noticed. It is simple for the police to identify him following the logbook of the officer who signed for that vehicle at that particular time. 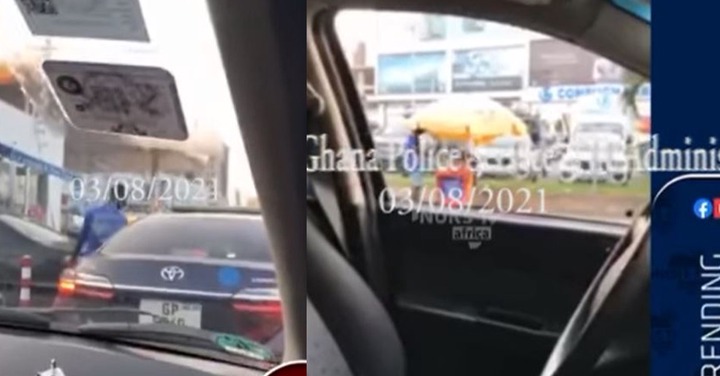 The face of the passenger who took the motion pictures and the driver were also captured and as such, they can assist in investigations. This illegal conduct of the police officer cannot go unpunished. He has to be offered the needed punishments to serve as a deterrent to others. The good news is that the Ghana Police Service under the leadership of COP George Akufo Dampare has taken up the issue and circulated the video on their official Facebook page. They are calling on the public to assist them in apprehending the police officer involved. those of us who can assist in apprehending this officer must do so as quickly as possible.