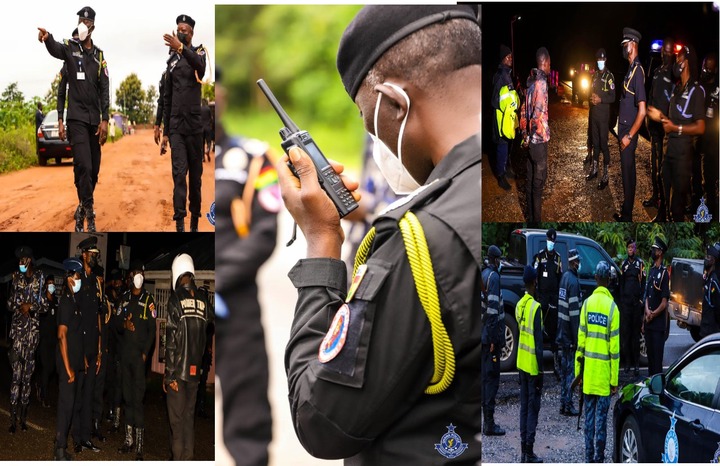 I might not have the records to draw any comparison yet this is the first time such a publication has been shared by the Ghana Police Service about an aggressive crime combat operation ever conducted and led by the Inspector-General of the Ghana Police Service. For his record, IGP Dr. George Akuffo Dampare after his visit to the Abesim following the cannibalistic murder by Richard Appiah embarked on a sixty (60) hours ground operation to combat serious crimes in the Bono East Region.

As remarked by traditional authorities and by personnel of the police service, it is the very first time an IGP or top police management had ever set foot in areas such as Abease and neighboring communities which remain very remote from the capital, Sunyani. According to a report by the Police, the IGP Dr. Akuffo Dampare embarked on this exercise on Monday 23 August 2021 and worked through the morning and evening till the morning of yesterday (Wednesday 25 August 2021). 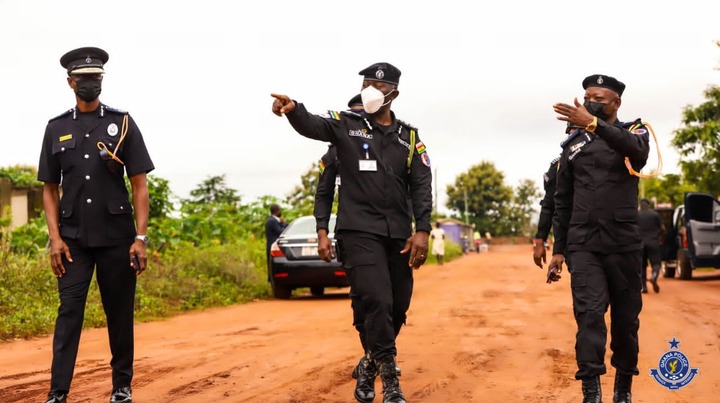 Per intelligence that had already been gathered by the Police, the IGP with a total deployment of a hundred (100) Anti-Robbery Unit took a series of operations in the Techiman, Kintampo, Abease, Zabrma, Prang, Nsuta, and other neighboring communities to crack down on criminal activities. The highways and other flash spots were the focus of the operation.

The operation has re-energized the personnel of the police service to fight robberies and other crimes that have characterized the communities for years. In a series of pictures published on the social media handle of the Police, the IGP Dr. Dampare is seen busily interacting with offers and leading the operation with his radio device.

He has by this single act proven to be responsive and smart with the work he has been assigned to. That is the spirit and leadership that the Ghana Police Service has long yearned for.

The operation as conducted by the IGP signals new dawn of policing in the Bono Regions, and neighboring towns. 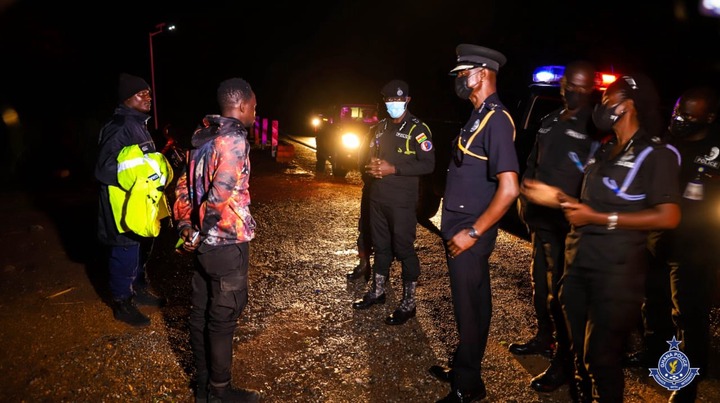 IGP and his team on night Patrols on the highway

It is highly expected that the same force that is being applied in Accra in combating robbery and other serious crimes will be replicated in these areas. By far, IGP Dr. Akuffo Dampare is the new hero, and with age, he would serve for a long time and chart a new path of policing in Ghana.

It is not surprising that his appointment has been the most talked-about among several appointments made into the service since the Fourth Republic.

You Can't Fault Us; Kaaka's Family Should Have Asked For An Another Committee- Prof Antwi Danso

Muslim youths are not respected, they are just used and dumped by politicians, Chief Imam told