Sometimes people want instance justice when they catch thieves at a public place. This is because people are of the view that the police service in most cases allow the thieves to go scout free when they pay money at the police station. For this reason, some people sometimes take the law into their own hands and beat thieves merciless to extent that some of them even die.

A police officer has been seen on camera attempting to defend a thief from the wrath of young men in a market. Watching the video closely, about six young men surrounded the thief and the policeman as they tried to prevent the policeman from taking the thief to the police station. A Policeman against six young guys is not an easy task so the policeman used persuasion and a little force in doing his work.

One cannot hear what the policeman was telling the guys because of the sound being played in the background of the video. The policeman was seen holding a long stick but he didn't use it anyhow on the people. The guy in the red shirt was the most furious among all the guys as he was captured holding the cloth of the thief not willing to let him go with the policeman. 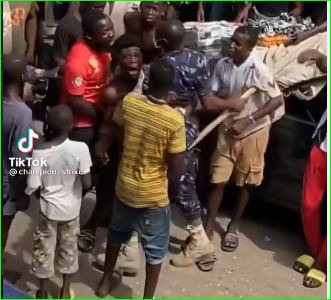 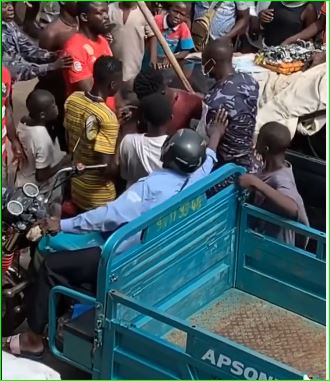 The policeman and the angry youths were seen pulling this thief unto themselves. It appears the policeman was not able to take the guy to the police station as the youth overpowered him. 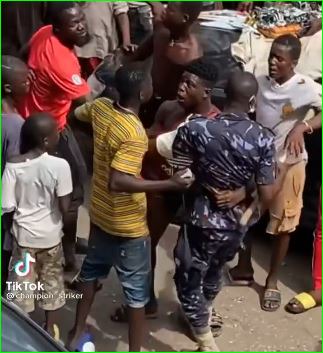