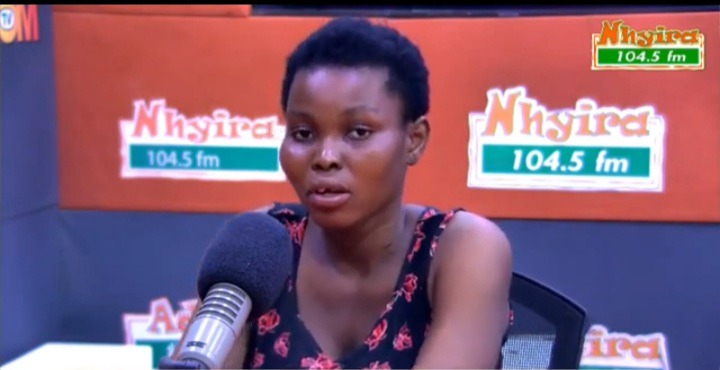 Maame Yaa, an 18-year-old girl from Accra, tells why her aunt sold her for money after her parents died years ago. According to the girl, her parents died when she was only eight years old. After their funeral, she went to stay at her aunt in Togo, she abused her and later sold her to Ivory Coast woman for money because of her inability to cater for her. Maame Yaa said the woman took good care of her when she got her house for few days.

Maame Yaa added that this was the reason she fled, but she was caught later that day. The woman got angry and locked her in an abandoned car at her home. But one afternoon she tried to escape, she then met a middle aged woman who helped her return to her hometown, but her life became very difficult for her. One fateful day she met a young man who proposed and promised her marriage.

Maame Yaa said she went to stay with him and after a few years she got pregnant but she begins to feel like stabbing herself to death. After giving birth, the man kicked her out of the house because of this behaviour. Maame Yaa goes on to say that she started trading to feed herself, she again got into relationship with another man but she tries to hang herself again. Her boyfriend sent her to a pastor to help her, but it still an unknown spirit has been tormenting her kill herself, which also caused her boyfriend to sacked her out of his house.