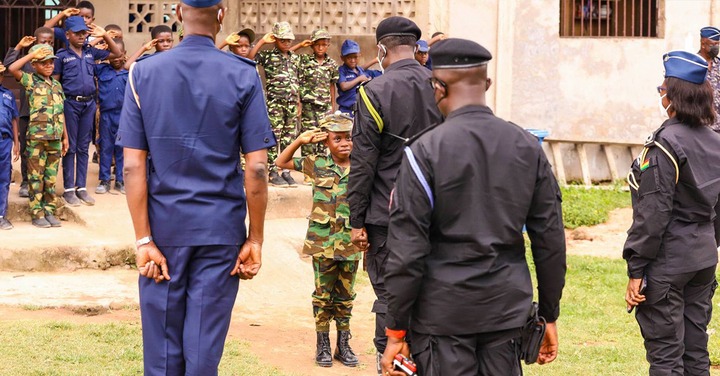 It is strange how young boys behave when they meet the elderly sometimes. It becomes more interesting when they meet their role models. The feeling of growing up to become like them is enough inspiration to get them to stick to their goals.

The acting Inspector-General of the Ghana Police Service, COP George Akuffo Dampare has ended a thirty-six hours working tour to the Afram Plains to get himself abreast with the security situation in the area and how it can be curtailed. He interacted generally with traditional authorities, political heads, residents, and many others. 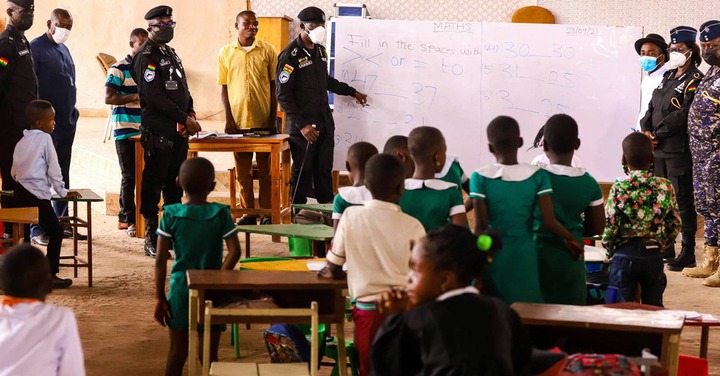 A lot of their challenges were picked by the IGP and promises were made that they will be addressed in no time. Some police stations in deplorable states were also promised facelifts to enable officers to execute their work diligently. Officers with the anti-robbery taskforce checkpoints on the various highways were also encouraged to keep up the good work.

One of the takeouts from his visit was when he went into a basic school in the area with his entourage. To his surprise, the young boys in the school were having their career day with some of them were dressed in police uniforms. They were neatly dressed in their blue uniforms acting as police officers. The IGP patiently watched on whilst the young boy displays his skills. It is his dream to become a military man in the near future and together with his friends decided to wear military and police uniforms during the career day. They should be encouraged to know that education is the key and when they take their studies seriously, it will be easier to become like the IGP in the near future.

Loan Scam: 3 Arrested in attempt to secure a loan of 75K with Teachers Loan Application Documents