Is this how I die. Woman who drowned in Kumasi flood waters asked.

By Antwi-NuamahEugene (self meida writer) | 28 days

Mr Lokko the man who tried saving one of the many victims that fell to the recent flooding in Kumasi said he tried his best but the woman in question got drowned. 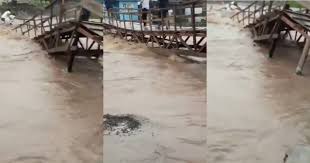 Speaking on Nhyira 104.5 FM to Nana Kojo Jantuah on their Kuro Yi Mu Nsem Morning Show, Mr Lokko said he was returning from a funeral in Anloga through Aseserekyere on the 24th June,2021 when the incident occurred. 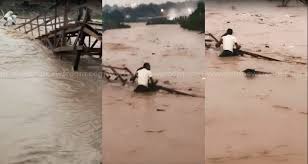 According to Mr Lokko , as he got to the makeshift wooden bridge that straddles the river which separates Anloga from Asesrekyere, the woman was already at the Anloga end of the bridge but due to the fact that the river had burst its banks and overflowing she had reservations crossing it by herself. She however gathered some courage when she saw men joining her on the bridge and proceeded to cross. 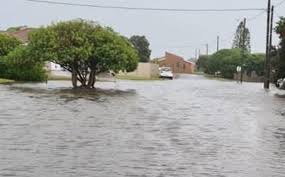 As Mr Lokko revealed, as they got to the middle the bridge suddenly caved in and they began drifting with the heavy currents. That was when the asked" is this the way I die" but he Mr Lokko assured her they would survive and that she should just relax and hold onto him tightly.

Help came in the form of a gentleman who dived into the turbulent waters and took hold of the woman but alas! the currents were too swift for this man to bring his swimming skills to bear. According to Mr Lokko, the gentleman and the woman disappeared into the flowing waters where he believes the woman got drowned but the gentleman survived albeit miraculously.

Mr Lokko claims but for a section of a Nyamedua tree which had fell into the river and whose branches he held onto, he surely would have been counted among the dead.

The recent floods in Kumasi has left in it's wake several dead and properties running into several millions destroyed.

Content created and supplied by: Antwi-NuamahEugene (via Opera News )

Covid Delta Variant: If You Are Showing These Symptoms, Get Checked.