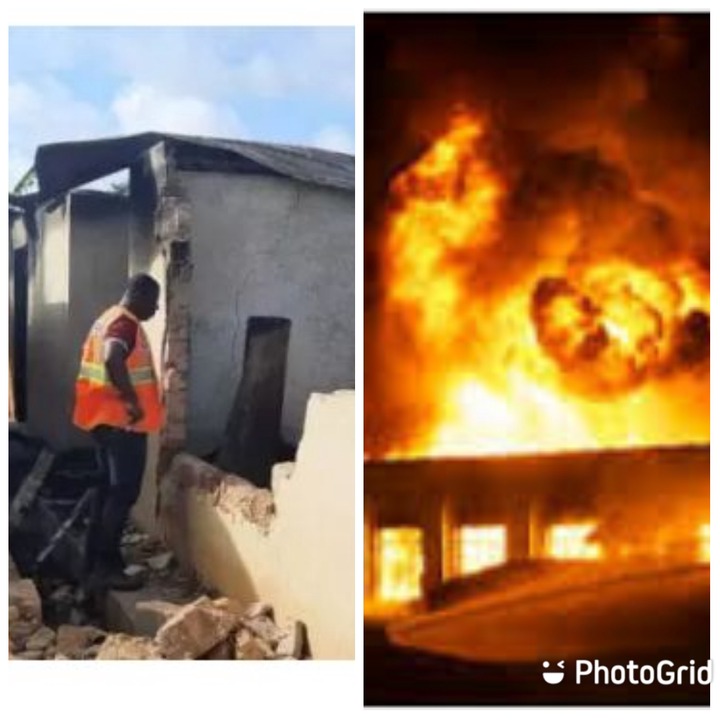 A domestic fire outbreak which occurred at Mansi Aponapon in the Amansle south district at Kumasi has claimed 4 people's life's. The unfortunate incident reportedly occurred at Saturday night around 11pm.

The deceased includes a pregnant woman, Esther Kwabena, husband, Kofi Owusu and their two children. However, four tenants who were also in the house at the time of incident got several injuries and are currently receiving treatment at the hospital.

In a report filed by 3news.com, the NADMO coordinator, Edward Nduro Nsiah said he received a phone call around 12am and was told about the fire outbreak, so he immediately informed the Ghana fire service for their intervention. But at the time of their arrival, it was too late for the family of four as they were already burnt beyond recognition. The lifes of four other tenants who were in the compound house were saved after the fire fighters managed to quench the flames.

"The fire started around 11:30pm but I received a call around 12am. I immediately reached out to fire service but before they got to the scene, the family of four had already been burnt beyond recognition. The fire fighters however managed to douse the flame saving four other tenants in the compound house” he said.

Although the actual cause of the fire outbreak is not known yet, preliminary investigation points to an electrical fault.