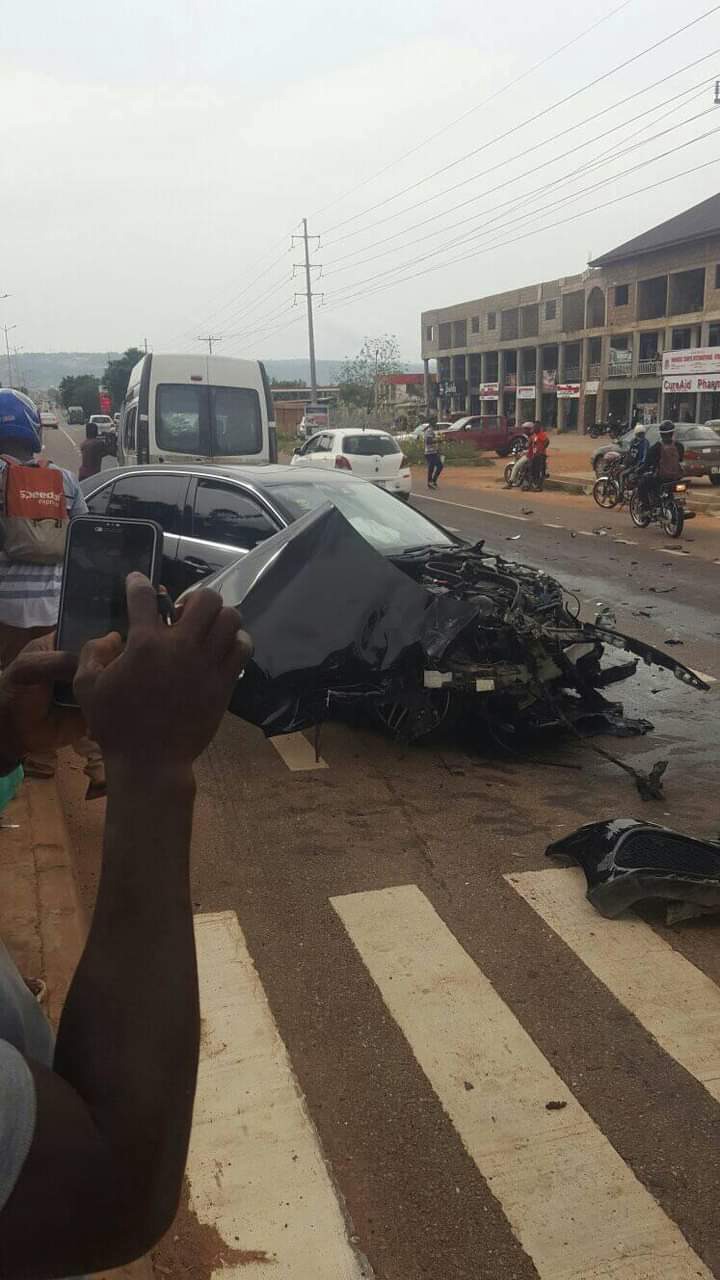 Two persons had been electrocuted by power and out of the two, only one had been brought to the hospital. Dr Forson after stabilising the condition of the first one was waiting for the caller who called him to respond with the second emergency case and he waited for twenty minutes without any calls back. He called the caller just to find out they were not getting a car to bring the other electrocuted victim to the hospital for him to attend to her. Dr Forson through his senior management got a Catholic Hospital ambulance and together with the driver of the ambulance, they made their way to Oyarifa to secure the second electrocuted victim before she passed out.

Right on the Oyarifa highroad which leads to Aburi was when traffic forced them to crash two other cars when they were returning to the hospital with the patient. Arkah the owner of the Mercedes was coming from a junction onto the high road when he heard the sound of the ambulance coming at a tough speed. He slowed down at the junction to make way for the ambulance so he can branch from his junction onto the high road. The next car which was following Arkah was making a phone call while driving and didn't see the need to slow downing thinking Arkah was branching to the road, so Arkah will be on the road when he got there.

The driver of the pick up sounded on Arkah when he came sudden on him, and would have crushed his back. Arka tried avoiding the pick up from crashing him, and made his way to the edge of the high road, not knowing his front bumper had blocked the ambulance which was coming on tough speed. The ambulance ramp through the Mercedes Arkah was driving and caused the death of the patient inside the van. The ambulance that stroke the Mercedes with its right side wasn't much affected and managed to convene the victims plus the patient to the hospital, but the electrocuted patient was already dead when they got to the hospital.

Oyarifa police was at the scenes directing traffic while a police tow truck was on its way to tow the Mercedes to the hospital. Arkah who wasn't in safety belts had his head hitting the steering wheel and was at the hospital receiving treatment. The ambulance was at the hospital at the time of the post, while the police waited for the towing truck to arrive and tow Arkah's Mercedes out of the road. 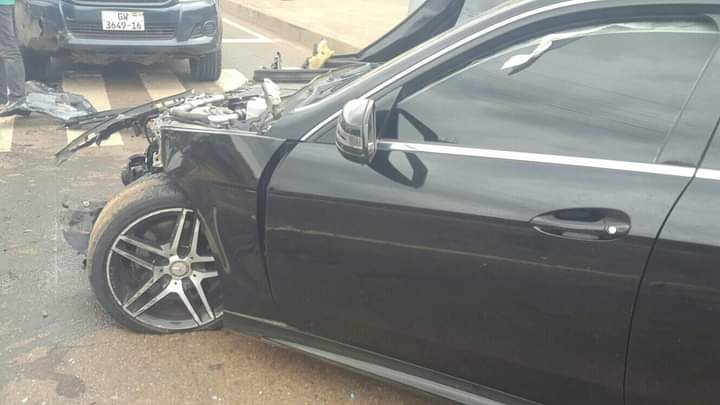 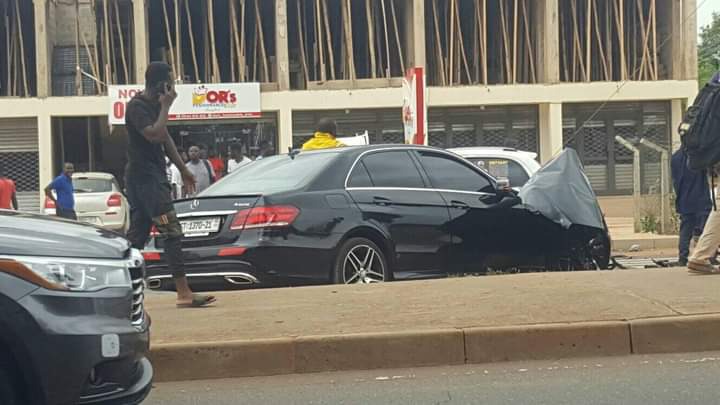 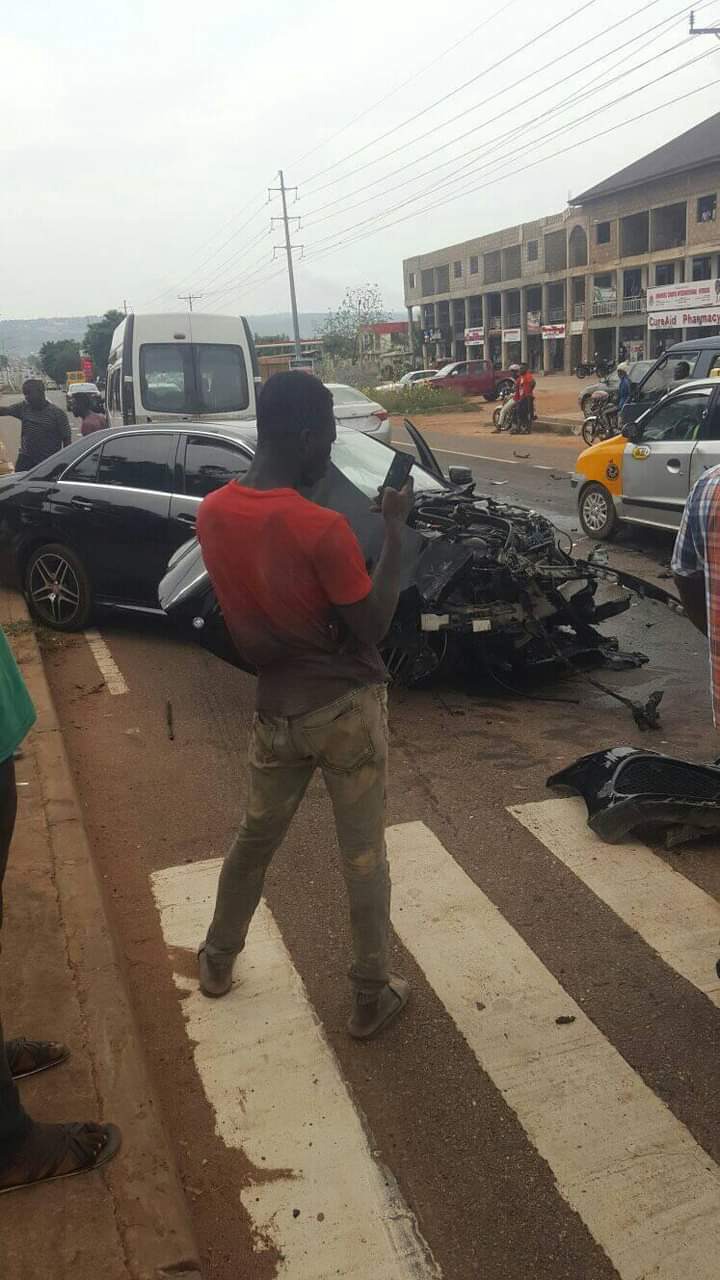 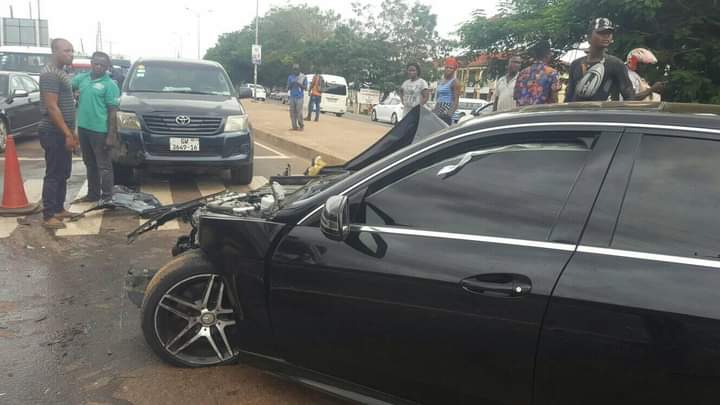