By Dapaah_Gh (self media writer) | 7 months ago

There is no one above the law in this country under the current police administration, and this message goes to police officers who break the law as well. The current IGP and his men are making sure that anyone who breaks the law is apprehended and prosecuted. This why General Lance Corporal Victor Antwi Yeboah, a police officer whose unlawful act on video went viral, was arrested by the police.

General Lance Corporal Victor Antwi Yeboah was detained for reportedly harassing a female victim in a viral video, according to a post from the Ghana Police Service that we came across. Victor, who is wearing his uniform in the video, is seen in a car with a certain lady, who is shouting at him to stop touching her, but he doesn't appear to care about what the was asking him to do. This behaviour of his, which appeared to have been captured on camera by the lady, went viral, prompting Dampare and his men to move quickly and arrest him. 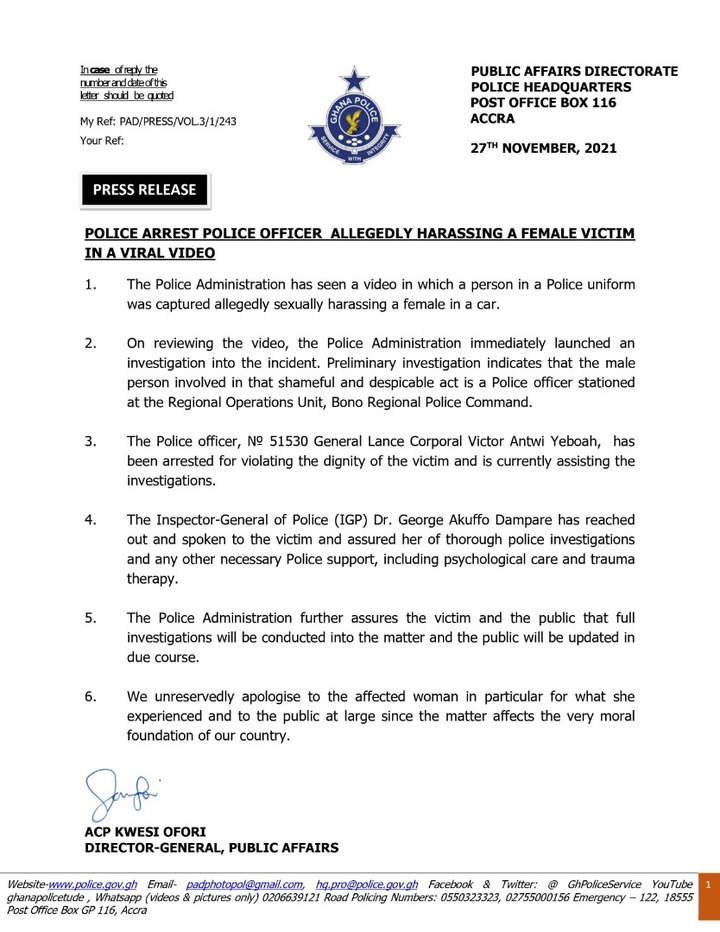 According to the press release, after receiving and seeing the viral footage, the police immediately launched an investigation into the matter. They discovered that the officer in the video, General Lance Corporal Victor Antwi Yeboah, is an officer at the Bono Regional Police Command.

Victor was quickly located and arrested for his shameful and despicable crime, according to the press statement, and he is now in police custody cooperating in the investigation. It was also revealed that Dampare, as a good leader as his is police, has called the lady in the video and inquired about her well-being. And he has also told her that they will get to the bottom of the incident and ensure that justice is delivered properly.

The police also expressed their heartfelt apologies to the victim and the wider public for General Lance Corporal Victor Antwi Yeboah's actions in the video. In the press statement, they also guaranteed the general public that they would ensure that no one ever goes through what this lady went through. 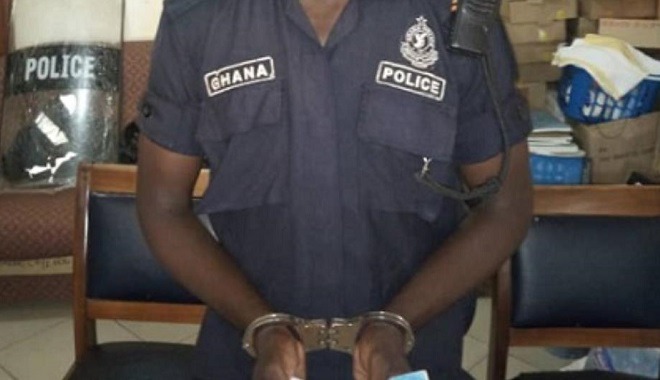 This arrest demonstrates that the present Ghana Police Service administration, led by Dampare, does not show favouritism to anyone, including its own officers. And that they will ensure that everyone in this country feels safe and secure. Because of this, we, the general public, congratulate them on their efforts.