Oliver Barker-Vormawor, a fix the country Conveynor has asserted that, the police will continue to kill us like sheep because nothing happens to them when they do. 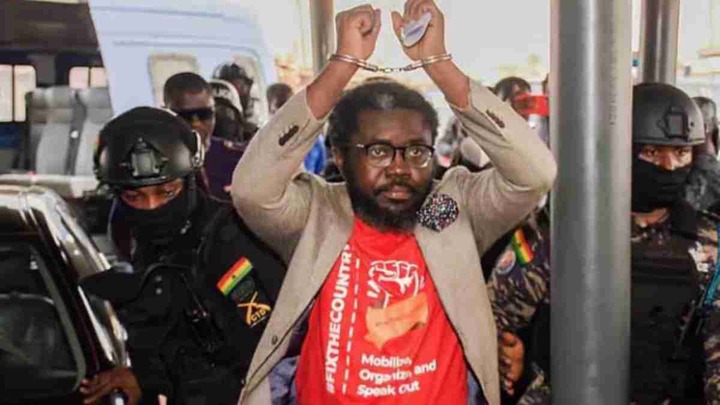 These are the Police Officers, the Ghana police service deployed to come and stop our donation to the Ashaiman jail.

In a democracy! Are we mad?

They will continue to kill us like sheep because nothing happens to them when they do!

When the 999 call finally goes through, these are the terrorists I want to report." 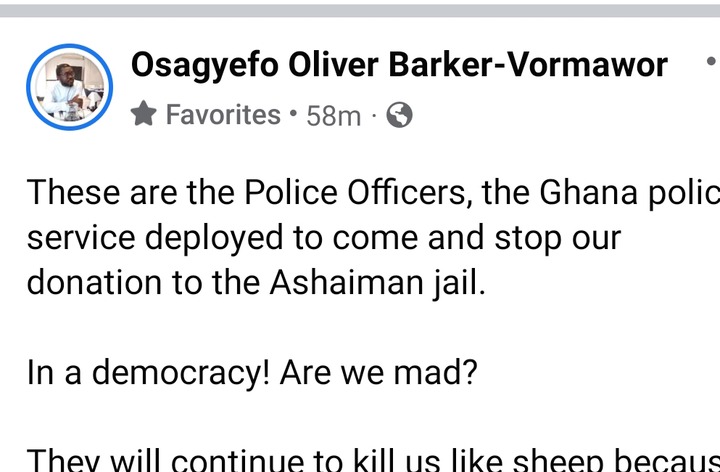 The comments of Oliver Barker-Vormawor comes as a background to the deployment of some police officers to stop him from donating some food items to inmates at the Ashaiman Police Station following his release from the same prison. A week later, an inmate was said to have died of hunger at Ashaiman police cells. 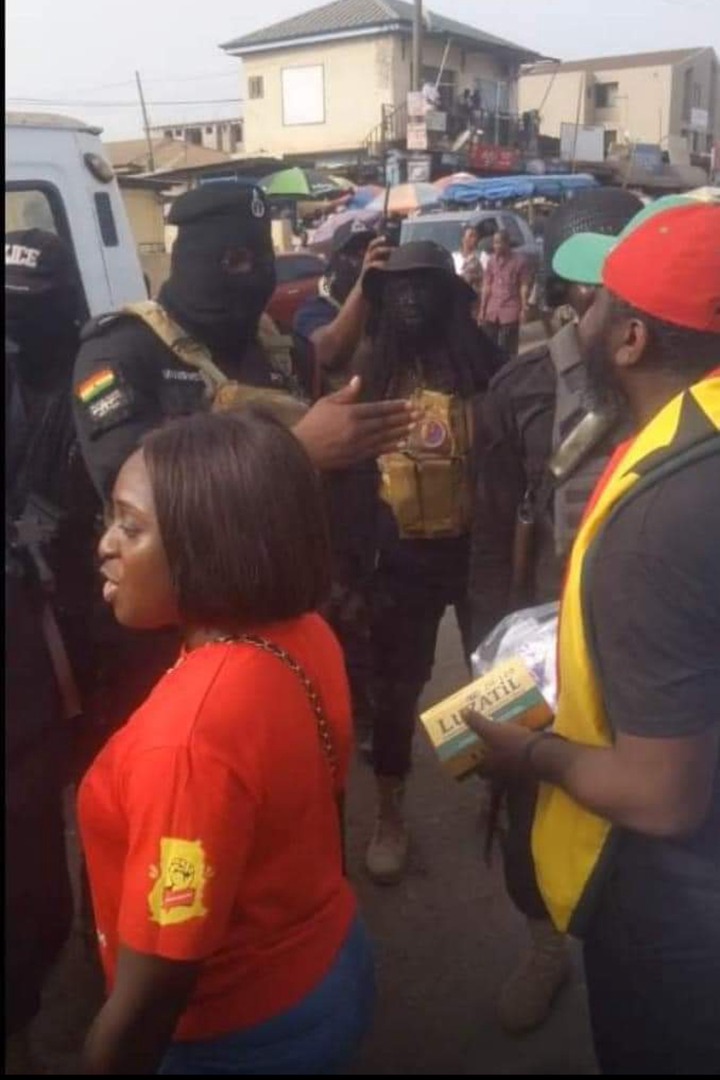 What Happens To Your Body If You Don't Have Sex For A Long Time?