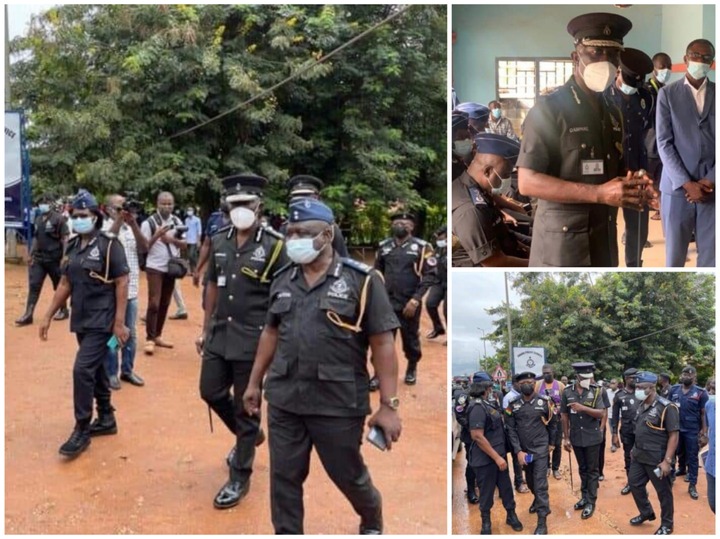 The Acting Inspector-General of Police, Dr. George Akuffo Dampare was distressed after learning the detail of the cannibalistic murder of the two kids at Alaska, a suburb of Abesim, Sunyani of the Bono Region. He arrived this afternoon at the town and paid a visit to the families of the murdered kids to empathize with them and assure of police commitment to prosecute the suspect for his crimes.

It was a teary moment for the IGP as he struggled reflecting on reports of the crime incident and the loss of the parent. The entire community had learnt about his presence and mobbed him everywhere he went.

The curiosity of residents to know what happens next with the suspect, Richard Appiah, 28-years-olds, is one thing that IGP Dr. Dampare will have to work at. It is now a national security issues and interest is that huge that the Police Service would have to expedite investigations. 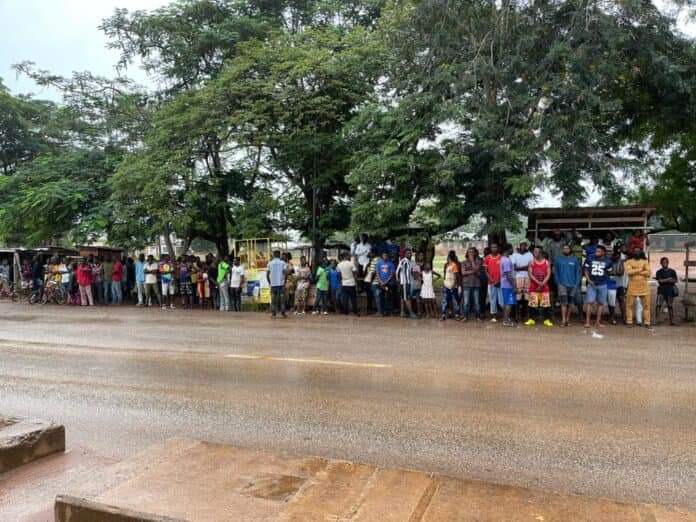 Residents line up along the streets to witness the IGP's visit

The families of the victims; 15-year-old Sarpong Stephen, and 12-year-old Louis are still morning their lose. They hardly could make a word out before the IGP and this got other officers who were in the company of IGP emotional.

The rooms were filled with grief, and in everyone’s faces lies an expression of misbelief as they never suspected Mr. Sarpong to have committed such a heinous crime. Sittings of the scene are very gruesome and many Ghanaians suspect the preservation of the bodies of these kids in a refrigerator meant the suspect indulges in cannibalism. 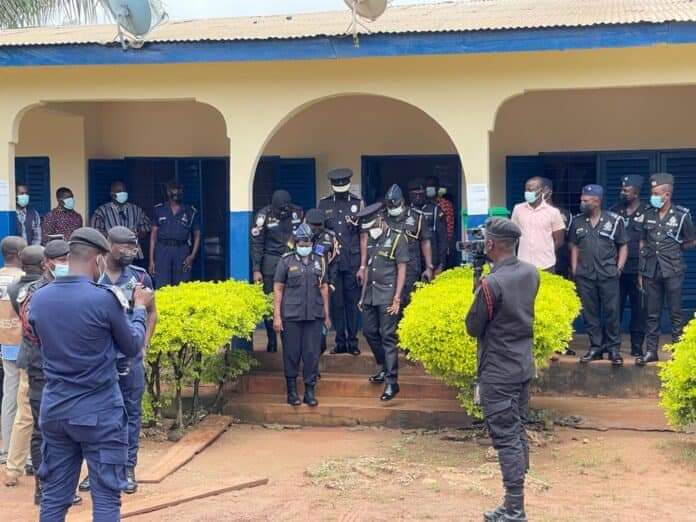 The third victim, whose flesh was found in the refrigerator of the suspect is yet to identified. No much has been said about who that victim could be as the number of missing kids in the community are many.

With the evidence gathered at Mr. Sarpong’s apartment, the community could hold him liable for the missing of any other kid in the neighborhood. The case reminds Ghanaians about the Dr. Sri Yogi Ram Beckley who was also arrested for the ritual killings of teenagers and other young people in Accra.

If NPP Goes To Opposition, They Will Remember Me And Twene Jonas- Kevin Taylor

Release Yourself From Boringness With These Hilarious Pictures. So Funny.

I have all the facts: Ken Ofori Atta is on Liver transplant - Kelvin Taylor hints