He is currently the youngest Inspector General of Police (IGP) of the Ghana Police Service. On top of that, he has won several awards since the commencement of his career in the Police Service including the Ghana Institute of Journalism Honorary Membership Award for Public Service Excellence in 2018.

COP George Akuffo Dampare is also a holder of Doctor of Philosophy in Finance. Some sources indicate that he attained the feat of Chartered Accountant at the age of 25.

Before we delve deeper into this very discussion, let us have a pictorial overview of what some Ghanaians (Facebook users) said about Dr. Akuffo Dampare, four years ago. 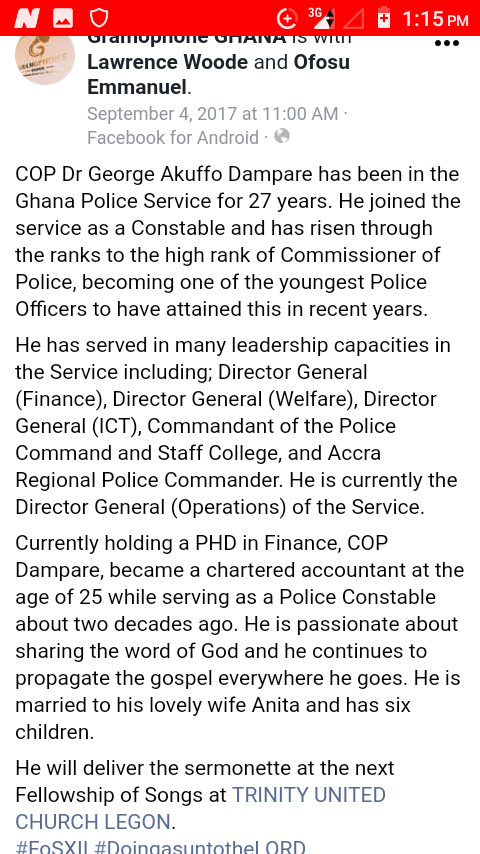 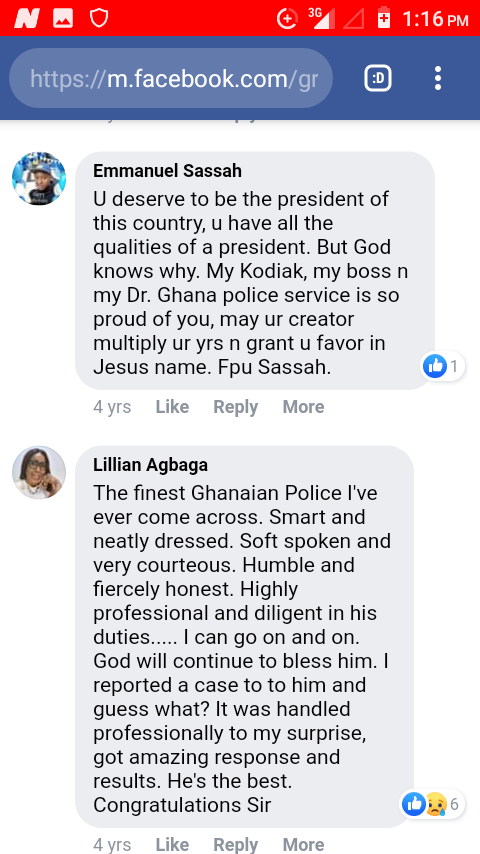 This clearly indicates that this fearless gentleman is largely loved by Ghanaians, and undoubtedly, most of them had a lot of confidence in him before he was given this great opportunity.

Their source of happiness does not necessarily emanate from the fact that President Akufo-Addo has appointed a young person to lead the country's Police Service, in term of security issues, but rather they are of strong believe and confidence that COP Dampare is the kind of leader they have been praying for all this while.

Four years ago, some even predicted that he would be the President of this country. They are not largely premising their predictive analysis on his rich credentials and qualifications, but more importantly, the depth of his behavioural attitudes, values and credibility.

It is so obvious that we indeed really need him without hesitation, depite certain political misconceptions from some analysts.

When some heard the name "Akuffo," they thought he probably has a familial affiliation with His Excellency Nana Addo Dankwa Akufo-Addo. Though it is quite logical to think from that angle on the face value, however, a deeper evaluative analysis of him clearly indicates that his is a man of the people, and for the people.

After President Akufo-Addo released a statement to confirm his appointment as the Acting IGP, TV3's Roland Walker broke the news on his Facebook page in a very gleeful manner. 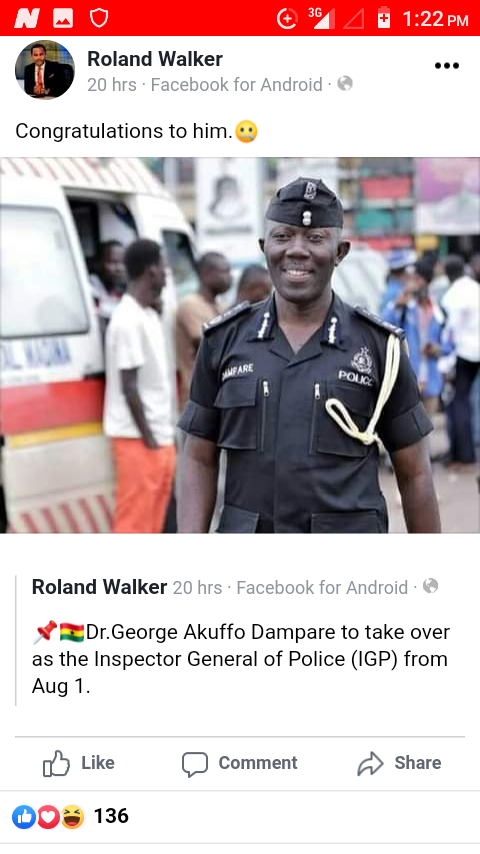 This further thrilled some Ghanaians to join him in the celebration. 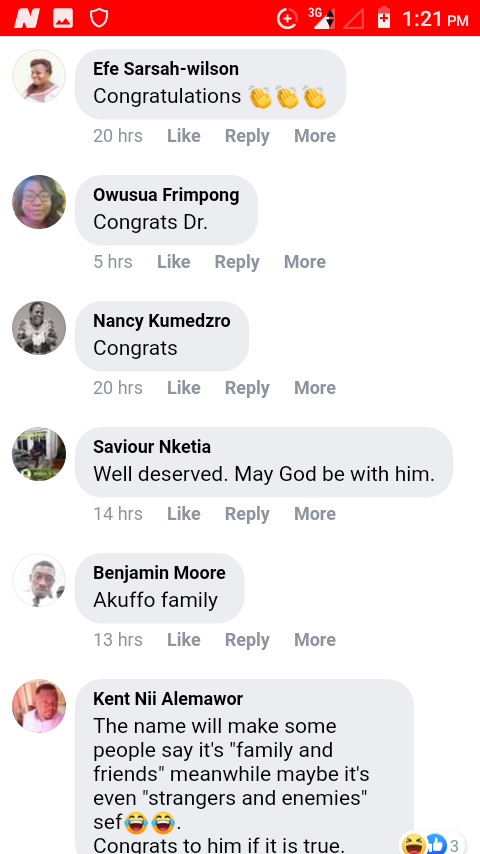 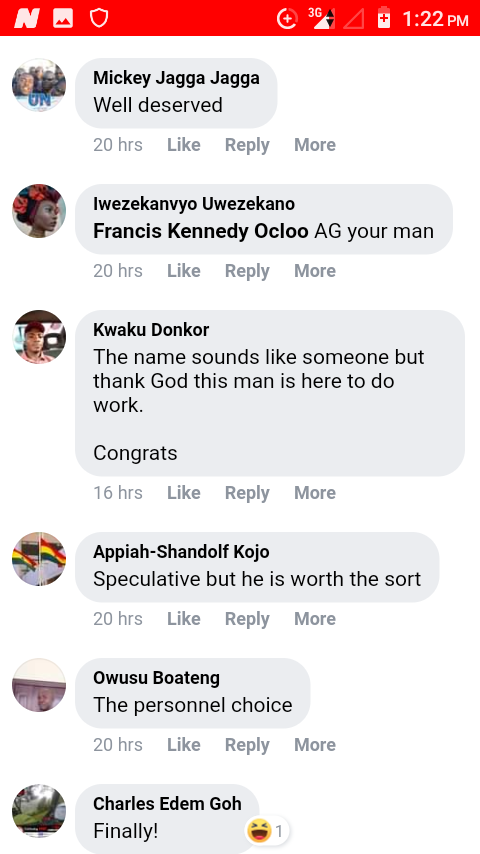 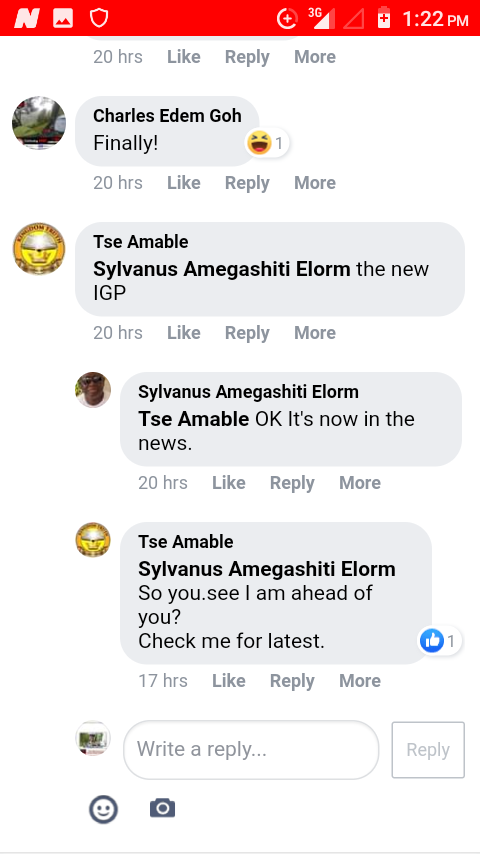