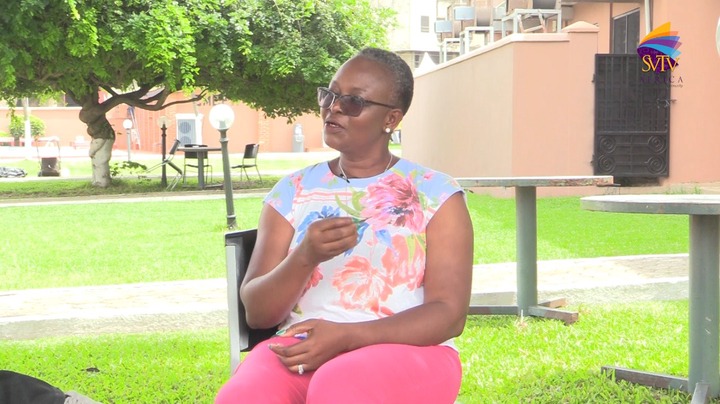 In the second episode of Janet Korley’s story, she mentioned that she met a Ghanaian man whom she travels to Europe with and becomes her baby daddy later.

Speaking on SVTV Africa with DJ Nyaami, Madam Janet indicated that she was two months pregnant when they began their journey to Italy. They had to go by sea or road, but she chose the latter.

According to her, they were mostly kept in camps for months before planning their next journey. She stated that she was already seven months gone when they decided to cross the Slovenia border from Hungary.

Before that, Madam Janet and her Ghanaian boyfriend along with other friends had been arrested and camped for months in Hungary for lack of documents.

“Eventually we got to Italy by train but we could not find a place to stay and contact my baby daddy's friends. So we had to continue to Holland but we had no papers and was sent back to Milan.

When we got back to Milan, an officer helped us to a Catholic Church in Napoli to stay for a few days. We were told that there was a Ghanaian church nearby so we went there for shelter. We stayed there for two months,” she said.

Madam Janet further revealed how they (Janet and baby daddy) migrated to the UK from Italy. Relationship issues that led to a breakup.