19-year old street orphan gets a free food for life 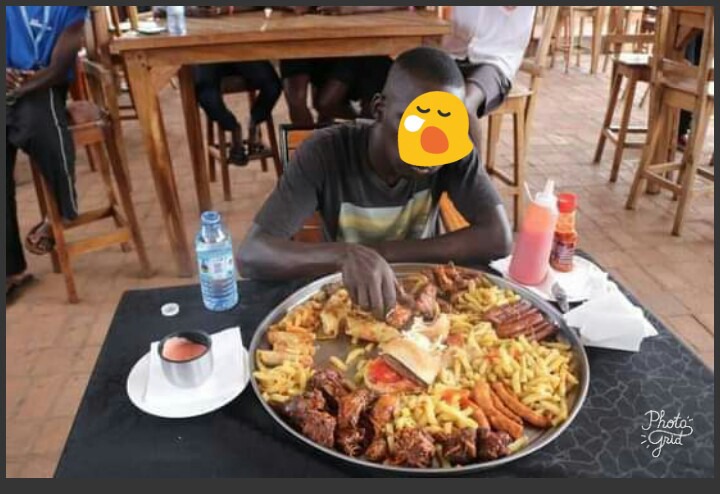 Generosity which many believe to be no more, still exist in our country. Florence, a restaurant and pup owner at South Suntreso, has shown that all is not lost to an orphan who had no one. Florence was driving from Amakom to Adum to get groceries for her restaurant, when she found one boy standing in traffic begging for food. She was not touched by anything, and drove away as soon as the traffic light hit green. That was on the 18 of September 2020. Florence on an another visit to Adum, and she saw the same person standing at a different location with his hands tied to his chin. Florence parked her car few meters from the boy, and begun to watch him. She wasn't sure if it was the same boy she saw on the 18th. She went into her dashboard camera for the footage of that day and compared it to the boy standing, and she realized, it was the same person.

Florence remembered the boy because, on the 18, she almost hit him with her car when he came to her to beg for money for food. Florence didn't see him crossing to her driver side mirror, and almost hit him. She didn't stop that day because, it was the reckless attempt of the boy not hers. And she was also in a hurry since the market was closing, and traffic too was hectic on the road. Florence kept watching the boy as he stood there for several minutes. She even sound her horn to the boy, and he still didn't hear her. She went out from her car, and that was when she knew something was wrong with the boy. Florence bought a bottle of vitamilk for him, before he was able to speak with her. He has lost his energy because of hunger.

Evans who narrated his story to Florence on the 17 December 2020, told her, he has nowhere to go. He narrated how his father died when he was fourteen years and, his mother dying a year after. People started pointing hands at him, that he was bad luck, and that was the reason why both of his parents have died mysteriously. Evans has been trying to work, but no one has given him a chance to work. Florence thought Evans was playing words on her, so she gave him GH¢10 and drove away.

Florence hired three people to monitor Evans from the day she met him, the 17 December 2020 to yesterday, 22 January 2021. She thought he was lying and wanted to be sure, he was telling the truth. Evans kept going from traffic to traffic, in search of money to eat. He was lucky sometimes, as some gave him coins and others didn't even mind him. At night, he slept under interchanges and sometimes, in front of stores. Florence asked her pastor about Evans allegedly bad luck accusations, and the pastor revealed to Florence that, he has been cursed. Florence who met her spiritual father yesterday, instructed the boys watching over Evans to apprehend him, and bring him to her.

Evans has been adopted as Florence's son, and she will eat from Florence's restaurant till the day he stops. Florence is prepared to formally introduce Evans to her spiritual father, so prayers can be said for him. Florence believes who ever cursed Evans, did so because he or she saw greatness in him. Evans will be living with Florence, and will be working with her on the restaurant.

Florence plans on giving him GH¢900 monthly allowance aside eating freely, and living with her. Evans couldn't speak to me in a clearer voice because he is still recovering from hunger crisis. Florence and Evans will meet the spiritual man of God tomorrow, after their ordinary church service. Florence gave Evans, a total makeup when they brought him to her restaurant yesterday. She gave him a haircut, and served him with a variety of foods in other to bring his spirit back to life.