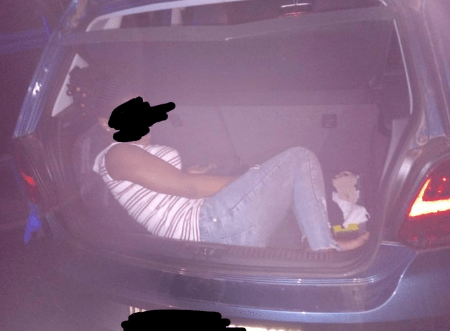 Ebenezer Nana Opoku Boadi has found himself in police custody this morning, as he was seen carrying the dead body of his late wife. Boadi who was going to an unknown location before he was stopped on the Tafo main road, talked of the wife being sick and was transporting her to the hospital for an emergency. Boadi who is 44 has been living with the wife for three years now. They met in 2014 and became known to each other by that. They got married in 2016 and kept living at different locations because of the nature of their work. Boadi is in construction while the wife was a teacher. The wife only comes for a visit when she had either vacated or was on holidays, and through her district director who was her uncle, she was given a transfer to Kumasi Tafo in 2017 September to stay closer to the husband. The two has been living and working in Tafo from the day the transfer started in September 2017 to today where the husband was caught with the body of his wife in his car boot.

Neighbours who stay closer to the couple confirmed that the wife and the husband have been living on a lions lion because of their recent arguments. The couple had a leakage of water in their bathroom on January 2021, and Mr Boadi made one of his friends come and repair the leakage. Unfortunately for them, the friend did not do the job well and the leakage returned after a week of repairing. Boadi's friend who did the repairs was out of town, and Boadi got another plumber to come and repair it for them. The plumber was charging them an exorbitant fee they couldn't compromise, so Boadi did shoddy work himself before the leakage was able to last a month for them before it started leaking again.

The wife Mercy had someone who could do the repairs for them, but Boadi said no and he won't allow anyone he doesn't know well to enter their compound and see their things. The shoddy work that Boadi did lasted them a month, was done again by Boadi so it can last them another time before his friend who did the first repairs returned to town. Boadi who did the first shoddy work wanted to do it for the second time but it turned ugly for them and the leakage became a spillage that was destroying the whole house in February 2021.

Boadi agreed to Mercy calling the person he knew so he could come and repair the spillage because of the damage the water was doing in the house, and the man whom mercy knew, was out of town. He was out of town but came back the same day when mercy told him on the spillage that it was an emergency. The man returned from wherever he was and fixed the problem for them. He didn't even charge them a penny on that day, and Boadi assumed a different opinion about the man on the 25 day of February 2021. Boadi watched how the man and Mercy talked during the damage repairs and imagined how his wife talked at him.

He saw the wife's humility which he hasn't seen after their marriage and that arose his suspicions of mercy and the plumber having something under the sun. Mercy might have denied it but the husband did not allow it to go. Neighbours recall on the 1 of April 2021 when Boadi removed all the wife's things outside that he doesn't need her again in the house, but they later settled the case that very morning and they thought it was a joke because it was 1st April.

On 12 of April was when they saw the couple fighting again and Boadi throwing things over their wall. They never heard of them fighting again until police showed up in the neighbourhood this morning to ask them questions. Boadi was driving on the Tafo main road this dawn when the police patrol team stopped him to check on him. The police allowed him to go but the commander of the patrol team saw the back of Boadi's car, not locked well and stopped him again. The officer tried locking the car and he found out it was a human body been kept there. Boadi made the police aware he was transporting the wife to the hospital over an emergency she has had, but it didn't go well with the officers when they found out that, humans are not goods to be transported in boots. Boadi is still in police custody and will be arranged before the Magistrate Judge tomorrow over the murder of his wife Mercy Opoku-Boadi 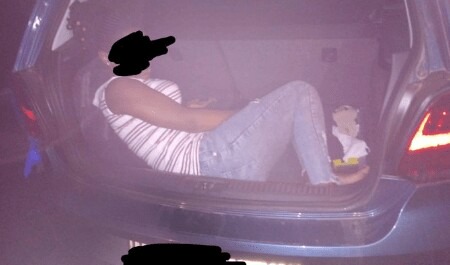 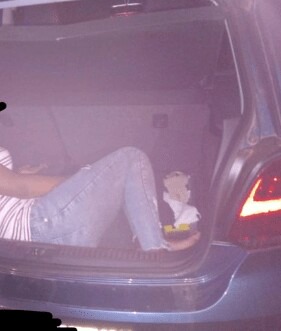 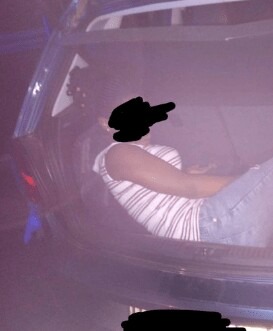